Libya's Haftar 'nothing but a pirate': Erdogan 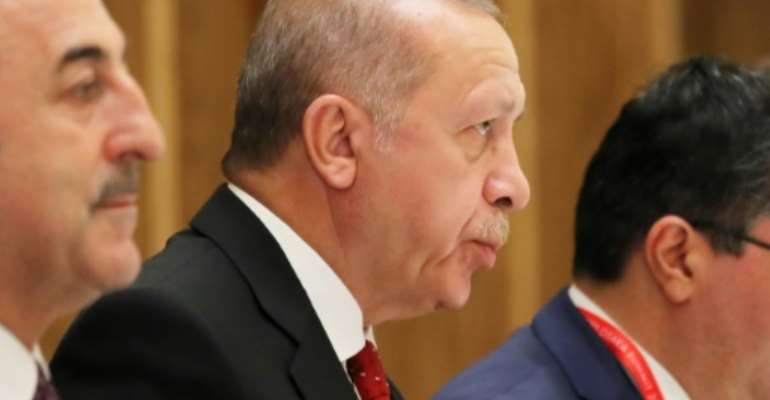 Turkey supports the internationally recognised national unity government in Tripoli, which Haftar has been trying to overthrow from his base in the east of the country.

Six Turkish sailors were briefly detained by General Haftar's forces this week after he blamed Turkey for his loss of a key town.

"Haftar is nothing but a pirate," Erdogan told reporters in comments published in several local newspapers.

"We hope that in a short while an opportunity for Libya to hold elections emerges and the people take the chance to represent their rights democratically," he added.

Erdogan confirmed in June that Turkey was provided weapons to the Tripoli government, saying it was necessary to "rebalance" the fight against Haftar, who has the backing of Turkey's rivals, Egypt and the United Arab Emirates.