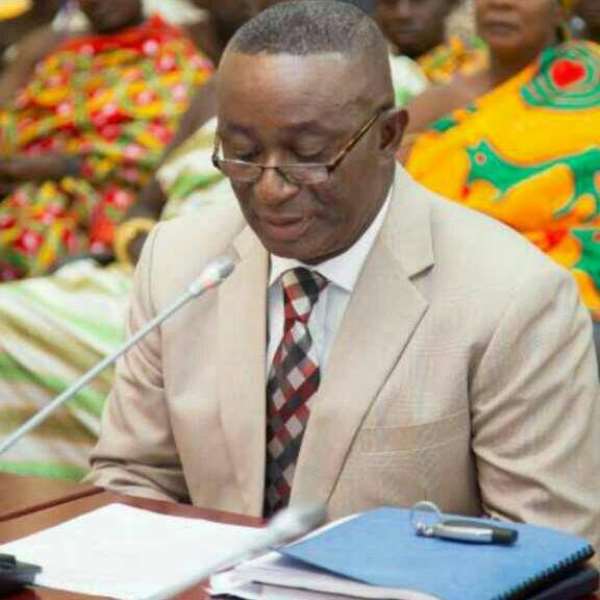 Deputy Minister for Railways Development, Hon Andy Appiah Kubi says Ghana's economy is far better off now than how it used to be during the erstwhile John Mahama administration.

The Asante Akim North MP believes the Nana Addo Dankwa Akufo- Addo-led NPP government has laid a solid foundation which will spur the country on to prosperity.

The astute lawyer in his submissions during a radio interview as monitored by Modernghana painstakingly compared the economic prowess of both governments (NDC and NPP) with facts and figures.

"The last figures from the GSS indicate that the EGR for the last quarter of 2018 was 7.4 per cent", he revealed.

Touching on the inflation rate, the revered lawmaker expatiated that inflation in simple term means the general level at which prices go up.

Stressing on fiscal deficit to buttress his point, Mr Appiah Kubi adduced that, "simply put, the fiscal deficit is the difference between total revenue and total expenditure of the government adding that, according to the International Monetary Fund (IMF), in 2016, Ghana's fiscal deficit was 9 per cent of GDP.

Citing balance of trade as the final indicator to his submissions that the NPP is managing the economy better than NDC did, the affable MP stressed that the Balance of Trade (BOT) is the difference between the value of a country's imports and exports over a stipulated period.

"A country that imports more goods and services than it exports in terms of value will have a trade deficit and the other way round will have a trade surplus. By June 2016, Ghana had recorded a deficit of $1.4 billion."

This means the current government has strengthened Ghana's trade position with the rest of the world. Looking at these statistics, it is quite clear that Akufo-Addo's government is managing the economy better than the Mahama administration", Hon Andy Appiah Kubi ​​​​​​intimated.