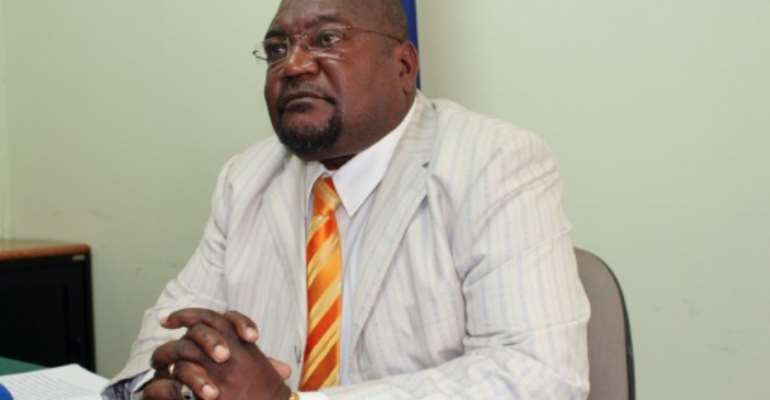 Ossufo Momade, seen in 2012, will run as the Renamo party candidate in Mozambique's October 2019 presidential election against Daviz Simango from the opposition MDM and President Filipe Nyusi from the ruling Frelimo party. By ROBERTO MATCHISSA (AFP/File)

Mozambique's Renamo opposition party on Wednesday nominated its leader Ossufo Momade to run for president in October elections after weeks of party wrangling.

Renamo's armed wing had reportedly demanded that Momabe be replaced as the country's peace process fuels tensions within the party, which fought a 16-year civil war against the government until 1992.

Momade has not been seen in public since signing a demilitarisation agreement with President Filipe Nyusi on June 2, and he did not appear at the Constitutional Court in Maputo for his candidacy to be submitted.

Renamo secretary-general Andre Madjibire told reporters that Momade was at the party's remote base in the Gorongosa mountains "occupied with party affairs".

Renamo soldiers, who have remained a military force since the civil war, were said to have demanded that Momade step down after he signed the demilitarisation deal with Nyusi.

They accuse Momade of selling out to the president and betraying loyalists of veteran Renamo leader Afonso Dhlakama, who died last year.

"The atmosphere in the party is very good and we are organising for the elections under the leadership of General Ossufo Momade," Madjibire said.

Last week Momade gave an interview denying any betrayal of Dhlakama loyalists, and dismissing reports that he was being held captive.

Elections are scheduled for October 15 in the former Portuguese colony in southeastern Africa.

Despite the end of the civil war, clashes between government forces and Renamo soldiers erupted again from 2013 to 2016.

The three candidates are currently running for president: Nyusi from the ruling Frelimo party, Momade from Renamo and Daviz Simango from the opposition MDM.