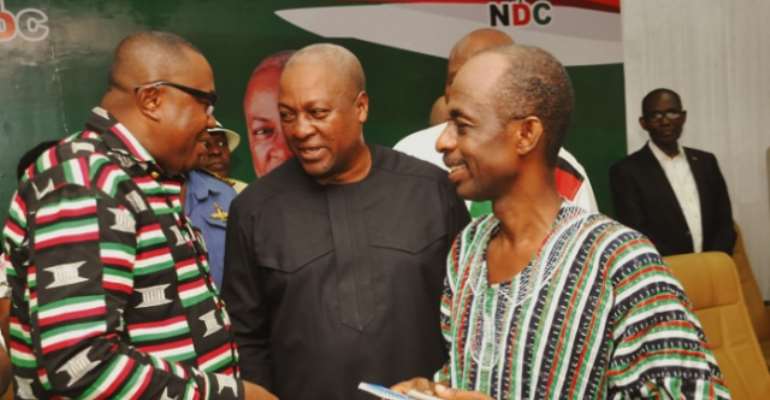 National Democratic Congress ( NDC) has charged its members and former Chief Executives of State institutions who were dismissed after the new government took over in 2017 to seek redress after the Supreme Court on the issue.

According to the party, it has read and taken notices of the apex court ruling and advice all former CEOs and Directors who were relief of their post by the current New Patriotic Party (NPP) government before their tenure of office to use the appropriate fora to redeem their rights.

In a statement issued by the party's General Secretary, Johnson Aseidu Nketiah, the Supreme Court ruling should be the basis for the former CEOs of state institutions to seek justice.

NDC STATEMENT ON SUPREME COURT DECISION ON DISMISSAL OF CEOs BY AKUFO-ADDO GOVERNMENT.

The National Democratic Congress welcomes the decision in a recent case in the Supreme Court in which the court held unanimously that it is unconstitutional and therefore null and void, for the government of President Akufo-Addo to remove from office, all chief executive officers and director-generals of public corporations appointed by previous administrations. In so doing, the Court has clarified the constitutional position vis-a-vis the provisions of the Presidential Transition Act.

The National Democratic Congress is therefore by this statement, advising all such categories of chief executive officers and director-generals who were so affected to take appropriate steps to vindicate their rights in the appropriate fora.

NDC Prepared And Sprayed Concoction On NPP Agents At A Regis...
1 minute ago

Dozens Of Ivorians Arrested For Participating In Voters’ Reg...
9 minutes ago