Rights Of Homosexuals Need To Be Respected—Human Rights Journalist 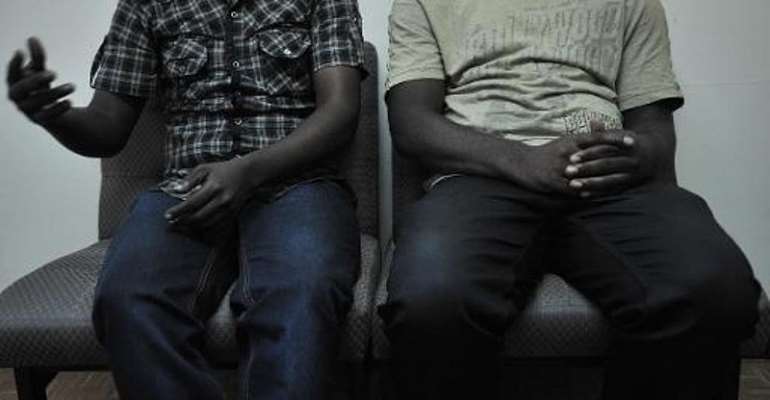 An Accra based human rights journalist, Mr. Mohammed Saani Ibrahim has called for the rights of homosexuals not only to be respected but defended and promoted in Ghana.

The journalist also appealed to vigilante groups fighting against homosexuality in Ghana to respect the dignity of their victims.

Mr. Ibrahim made the call during a human rights forum organized by the Center For Human Rights Promotion, an Accra based Civil Society Organization (CSO).

He added that the way and manner in which gays and lesbians are maltreated by the vigilante groups is nothing good to write about.

He bemoaned the maltreatment and torture been meted out to homosexuals in Ghana and called for changes in how they are treated when caught.

"We must not maltreat or torture gays and lesbians the way we do but rather hand them over to the appropriate security organizations to deal with them."

Mr. Ibrahim further cautioned vigilante groups to desist from taking the laws into their own hands but rather work within the confines of the laws.

He expressed the worry that the victims of these vigilante groups find it difficult to report to the police because they are afraid of been arrested and prosecuted.

The human rights journalist therefore appealed to the police to open their doors for gays and lesbians who have been maltreated or tortured by vigilantes or mob to lodge complaints for the necessary action to be taken.

He however ,lauded the efforts of the vigilantes for bringing sanity and peace within their areas of jurisdiction but cautioned them to work within the laws governing the country.

"Due to the efforts of the vigilante groups in our communities, certain social vices like homosexuality, theft, smoking, drug peddling amongst others have been brought under control or drastically reduced."

In response to whether he supports homosexuality, the speaker said: " I do not support homosexuality to thrive in Ghana but I equally don't support the kind of treatment meted out to them by the vigilante groups ".

He used the occasion to call on his fellow colleagues of the inky fraternity to spearhead the crusade of respecting and protecting the rights and dignities of gays and lesbians.

The organizers' of the forum were also commended and further urged to extend their programs and workshops to cover other social vices in our communities such as child labour, smoking, drug peddling, arm robbery amongst others.

Mr. Mohammed Saani Ibrahim who is popularly referred to as “The Freedom Fighter", challenged the organisers to also extend their activities to other parts of the country to ensure a wider range of the populace benefit from their activities and programs.

The forum which was held under the theme; "Let’s Protect And Respect The Rights Of All", also brought together participants from civil society organizations, security agencies, traditional leaders, clergy and the media.