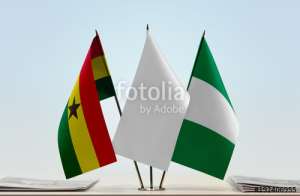 The Benin opposition leader, Dr Prosper Agbesi has called on Ghana and Nigeria for intervention in the post-election crisis in Benin to restore law and order as well as modern political democracy.

In a letter to the two neighbouring West Africa nations, the Chairman of the Governing Council of Alliance for Sustainable Democracy in Africa believed the Ghana and Nigeria intervention remained paramount in ensuring Benin regain its political stability with or without President Patrice Talon.

"Your Excellency we are counting on your pivotal support and action in implementing the requisite diplomatic intervention which we are confident would restore democracy to Benin without the bloodshed that may be inevitable without such intervention. The ability of the collective political opposition to restrain the people is not indefinite," portion of the diplomatic letter stated.

Dr Agbesi believed new democratic elections at both the legislative and executive levels are needed at the moment to reboot Benin’s democracy and place it back on the right path.

He pointed out that, it is President Talon’s failure to conduct inclusive, free and fair elections that ignited the ongoing crisis in the first place, stressing that, until the diplomatic intervention, Mr Talon is neither willing nor capable of correcting the situation he has brought onto the people of Benin.

LETTER TO PREZ OF NIG & GH

On behalf of the people of Benin Republic in general and the organized, formal political opposition in our country we wish to express our heartfelt gratitude and appreciation for the concern to are showing in our nation’s ongoing predicament and for your commitment to its peaceful resolution and your concrete efforts towards this. Your engagements at the highest level towards resolving Benin Republic’s ongoing political crisis are the most crucial embarked on by the international community so far and we maintain our position that the intervention of the international community represents the best – possibly the only – route to its resolution.

Your intervention is absolutely crucial on several levels. Firstly you are setting an exemplary standard of good neighbourliness on a continent which has for decades been notorious for regional strife and attrition between neighbouring nations. Secondly, you are proving your commitment to regional stability in West Africa. Most importantly you are evidencing your personal commitment and thus that of the largest economy in West Africa to the sustenance of multi-party democracy, in the region.

This is most crucial in this era of regionalism as the interlinking components of the emergent global economy, where direct investors and trading counterparties increasingly regard entire regions as one investment destination. Thus the collaboration of West Africa’s two largest economies – Nigeria and Ghana – to resolve the situation in Benin Republic sends a clear reassurance to the global investment community as to the commitment of West Africa to democratic rule, the rule of law economic liberalism and consequently the security of private and foreign official investments made within the sub-region.

Importantly, not only is Benin strategically located between West Africa’s two largest economies; its location makes it a potential bridge for the full economic integration of francophone and Anglophone West Africa.

However, this potential can only be fulfilled if Benin can be successfully guided out of its current predicament and restored to democratic rule acceptable to the populace and endorsed by the international community of nations.

It is crucial at this juncture to understand that incumbent President Patrice Talon is the direct cause of the problem and therefore his only contribution to its resolution can be his stepping aside.

The united front presented by the political opposition in Benin is simply the manifestation of the united stance of the country’s populace that Talon’s government is simply a failure of leadership that is too deep to be condoned any longer. Indeed, all the actions of the opposition have been guided first and foremost by our priority of preventing direct conflict between Talon’s autocratic government and Benin’s democratic people, because we are acutely aware that he will stop at nothing to retain and further strengthen his grip on power through intimidation of the people and manipulation of the constitution.

However where we are now is that not only is West Africa’s improving reputation within the global community of nations being soiled, but an excellent chance to integrate francophone and Anglophone West Africa is being jeopardized. Even more immediately though, Benin itself is caught between the supremacy of autocracy and a fatal showdown with the will of the Beninoise people.

To be sure, new democratic elections at both the legislative and executive levels are now needed to reboot Benin’s democracy and place it back on the right path. But it is Talon’s failure to conduct inclusive, free and fair elections that ignited the ongoing crisis in the first place. Clearly, therefore, he is neither willing nor capable of correcting the situation he has brought about.

But Talon is only one person in Benin’s very fragmented political top tier. Therefore there is the clear potential for the establishment of a government of national unity that includes this entire top tier with the exception of Talon himself who has proved himself unworthy with his recent antics.

The proposed government of national unity would subsequently organize inclusive, free and fair elections, in close collaboration with the international community represented primarily by the countries now leading the international diplomatic effort to resolve the crisis.

Specific timelines for this can be discussed and agreed upon now, but preferably we can do this after ousting Talon from power because with every passing day he is making concerted efforts to consolidate his emergent autocracy and further delay creates the risk of not being able to remove him without a potentially bloody confrontation by the populace who are growing increasingly frustrated and therefore impatient.

However if the international community, led by your good self, can clearly show Talon that the world is united in defending Benin’s democracy, Talon will be forced to fold and step aside for democracy to be restored to Benin. Indeed, the lessons learnt from the process through which erstwhile president Jawara was removed in The Gambia indicate that even the threat of force which ultimately forced him out of office would no longer be necessary as long as the international community indicates that this would be the ultimate endgame sooner or later; with this awareness Talon would not wait until that card is even put on the table.

Your Excellency we are counting on your pivotal support and action in implementing the requisite diplomatic intervention which we are confident would restore democracy to Benin without the bloodshed that may be inevitable without such intervention. The ability of the collective political opposition to restrain the people is not indefinite.

We thank you for your anticipated intervention and assure you of the appreciation, gratitude and friendship of the people of Benin for your actions.

Alliance for Sustainable Democracy in Africa.

Salary For Assemblymembers Possible, I'll Cut Down The Size ...
16 minutes ago

Akufo-Addo Is Undermining Ghana’s Peace, Freedom With Fear, ...
16 minutes ago