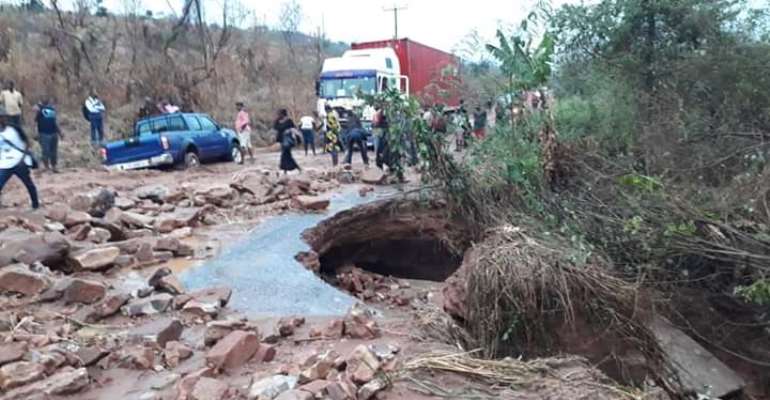 The Member of Parliament for Asuogyaman, Hon. Thomas Ampem Nyarko is blaming the sector minister and Asuogyaman District Chief Executive for the area for their ineptitude towards the Akosombo-Gyakiti-Mpamproase Road commenced under the former NDC administration in 2015.

The lawmaker is asking President Akufo-Addo's government through the Ministry of Roads and Transport and the Asuogyaman District Chief Executive, Hon. Kwame Agyekum to expedite actions on the reconstruction works on the Akosombo - Gyakiti road.

The project was started somewhere in 2015 by the erstwhile NDC administration when Hon. Thomas Ampem Nyarko was the DCE.

The project, which was initially scheduled to be completed by the end of 2017 however stalled after the current administration took over the reins of power in 2017.

Since then, the road project has gone worst due to a directive by the current government to halt all road contracts awarded by the former John Mahama government.

It is now over two years and work is yet to resume in full force, a situation that has led the initial reshaping and compacting done by the contractor washed away rendering many communities inaccessible.

The MP, Hon. Thomas Ampem Nyarko made this call when he inspected the grading of a footpath into a motorable road for the first time, connecting Kojokpo, a hard -to- reach community in Asuogyaman district to the main road at Gyakiti.

Until last Wednesday, 19th June, 2019, when the construction of a covert by the MP and shaping of the road was completed, the people of the community only commute to other surrounding communities and towns either by crossing the Volta lake with boat to Koranche, continue from there with an 'Okada' to Mpakadan before boarding car to Apeguso or walk for about two hours on the over 5km footpath linking the community to Gyakiti.

The MP also noted with great worry the agony and pleas from opinion leaders including Akwamu Adumasahene, Nana Ansah Kwao IV to the current government to help complete the work fell on deaf ears.

It will be recalled that in February this year, Nana Ansah Kwao IV, in a Facebook post jabbed the current government and the DCE, Hon. Samuel Agyekum for doing little or nothing to get the work completed.

"Thanks to Hon. Inusah Fuseini who was the Road Minister at the time, he did what he could to get the road fixed, work started and a considerable amount of work was done on the road. Now NPP is in power, and all the work done has been washed away by the rain before the laying of bitumen, look at the current state of the road. Finally,I hope Mr Samuel K. Agyekum the DCE doesn't get invisible too," Nana Ansah Kwao IV said in February 2019.

Members of Kojokpo community were very grateful to Hon. Thomas Ampem for coming to their aid hoping that the current government will listen to the pleas to get the road fixed. 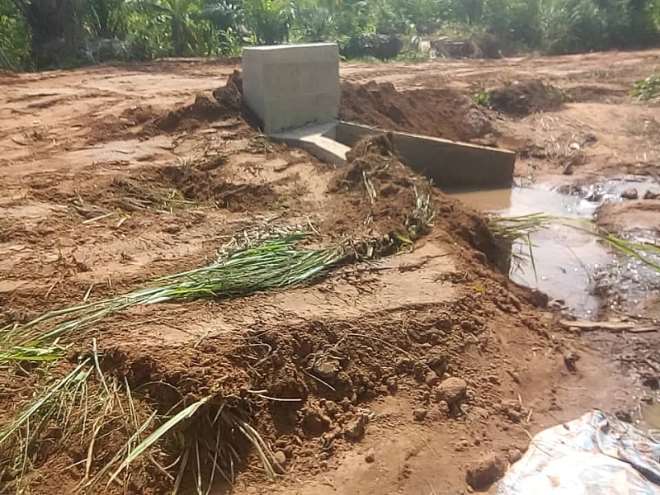 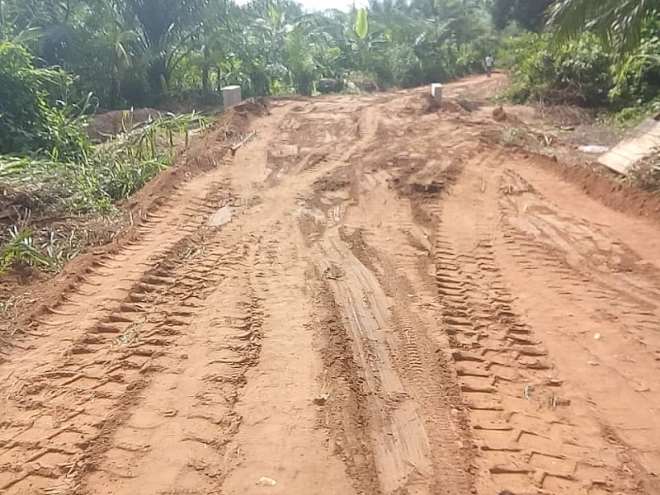