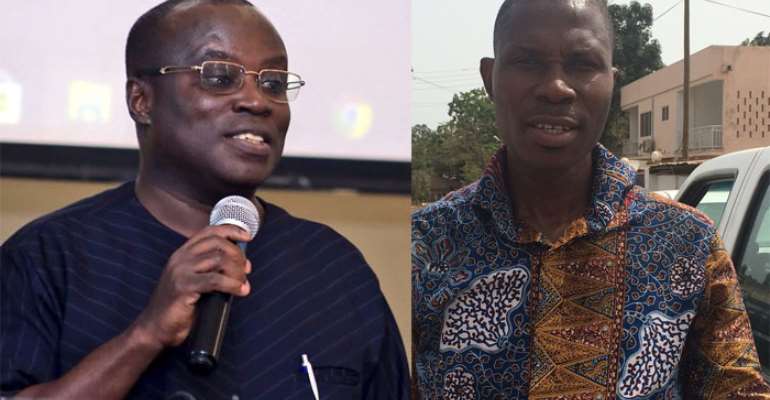 According to sources, the two – both MPs – have not been spotted together in public for some time now. This followed accusations by the minister that his deputy had been undermining his authority and sabotaging him.

Mr. Gyedu, who until his appointment was a deputy Minister of Health, alleged that the actions of his deputy in recent times were calculated to make him look bad, inefficient and unpopular so he could be removed from office. The accusation has come barely four months after both had assumed office.

In a letter of June 11 to the Minister of Local Government and Rural Development, Hajia Alima Mahama, the Regional Minister made several allegations against his deputy.

He claimed, for instance, that his deputy convened a regional Security Council meeting without his knowledge, issued security orders to counter his own orders and connived with a chief to change the site for a Regional Coordinating Council office.

He also accused the deputy minister of deliberately withholding information from him and acting on his behalf to make him look bad before the chiefs and people of Sefwi Wiawso.

“When the Vice-President was about to visit the region during the Ramadan period, somehow, the information got to my deputy first and he waited till only two days to the time before he informed me,” he disclosed.

The minister further said that his deputy submitted names to the office of the Local Government Service for recruitment as drivers without consulting him.

Besides, he mentioned that his deputy created a WhatsApp page for himself and the municipal and district chief executives (MDCEs) and intentionally left him out.

He asserted that several efforts made by him to resolve the issue had proved futile. He said the MP for Sefwi Wiawso, Dr Kweku Afriyie, met with them on two occasions to share his experience and offer advice as to how to contain the situation, but the situation keeps worsening.

Meanwhile, some of the residents had expressed worry over the lack of co-operation between the two, saying the alleged rift between them could adversely affect the development of the area.

The deputy minister is yet to respond to the allegations publicly.