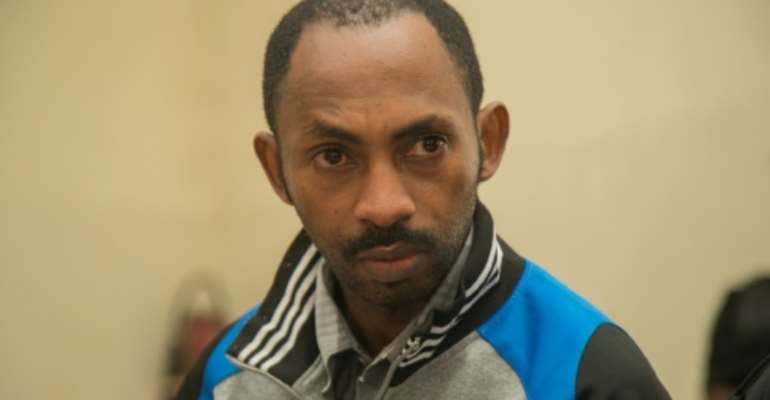 Callixte Nsabimana pleaded guilty at trial to terrorism and to spying for Burundi and Uganda. By Cyril NDEGEYA (AFP/File)

Last month, Callixte Nsabimana, a spokesman for the insurgent National Liberation Front (FLN), pleaded guilty at trial to charges of terrorism and acting as a spy for Burundi and Uganda.

Kagame has accused these states of sponsoring armed movements against his government. In February, he closed the border with Uganda and ties with Burundi have long been sour.

The FLN is the armed wing of an opposition group founded by Paul Rusesabagina, the hotelier whose heroic actions during the 1994 genocide were depicted in the movie Hotel Rwanda.

Rusesabagina, chairman of the Rwandan Movement for Democratic Change (MRCD), now lives in Belgium and on Tuesday denounced Nsabimana's trial at a news conference.

"If you'd been in his place, tortured for a month or more, what would you have done? Anything they demanded" he said when asked about Nsabimana's public confession.

Nsabimana is yet to be sentenced.

Rusesabagina went on to insist that Kagame's government has killed several opposition figures and said detained activists "at home and abroad" are routinely tortured.

"We should unite as a people and as political parties," he said.

Kagame has been in power since 1994, when his forces overthrew a genocidal regime, and has been an elected leader since 2003, twice winning lengthy new mandates.

Once championed in western capitals as a reformer, he has been criticised for overseeing constitutional changes to prolong his rule and cracking down on opposition voices.