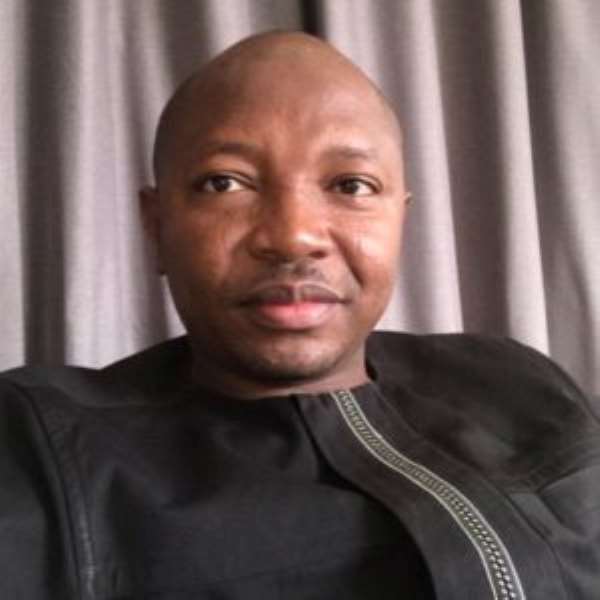 I was personally deeply upset to learn that the cover of the publicity brochure produced for the “Ghana Beyond Aid Strategy Document” had a front-cover that displayed the photoshopped skyline of Nairobi, the Kenyan capital (See “We Don’t Need Your Apology; Resign – Ras Mubarak Tells Ghana Beyond Aid Committee” Kasapafmonline.com / Ghanaweb.com 5/31/19). Since this inexcusably embarrassing news report hit the news headlines, we have learned that the error came from a designer or artist who was contracted for the project. Now, I want to know how much this artist-designer was paid for such a scandalous production. But, of course, this most recent faux-pas also reminded me of a series of picturesque night skylines that a friend whatsapped me not very long ago, which had been produced by the Chinese government, I presume, for the Ghana government, which could have been readily used for this purpose without encountering any problems of the sort of intellectual property theft committed by the cover designer of the “Ghana Beyond Aid Strategy Document,” and which was actually more impressive than the aforesaid plagiarized one depicting the skyline of the city of Nairobi.

The seriousness of this faux-pas – which is actually a scandal – is not meliorated by the fact that the Ghana Beyond Aid Committee is headed by Mr. Yaw Osafo-Maafo, the Senior Minister of the Akufo-Addo-led government of the New Patriotic Party (NPP), a former Finance and Sports Minister in the John Agyekum-Kufuor government, who is also known to have remarkably distinguished himself as a successful entrepreneur. It clearly appears, at least from the list of the membership of the committee published by the media, that those put in charge of the project were much too busy with their own major cabinet portfolios to have been saddled with this project, that is, the publication and distribution of the brochure which could have easily and more efficiently assigned to a much smaller committee, preferably one that was wholly composed of members selected from the Communications Department of either the party or at the Presidency.

Still, this blunder well pales in significance when compared to the program brochure that was produced and put into the public domain by the Mahama Presidency, during the March 6, 2016 celebration of Ghana’s independence anniversary. As I vividly recall, and Mr. Ras Mubarak, the National Democratic Congress’ Member of Parliament for Kumbungu, Northern Region, may also vividly recall, the President of Ghana and the host of the program, held at the world-famous Independence Square, was listed as Mr. Uhuru Kenyatta, the President of Kenya. In that instance, I don’t remember the Kumbungu NDC-MP calling for the immediate resignation of Mr. Stanislav Xoese Dogbe, the extant Director of Communications at the Presidency. To be certain, prior to this global-scale scandal, then President Mahama had been called upon by the President of the Ghana Journalists’ Association (GJA) to take some disciplinary action against Mr. Dogbe, who had, reportedly, savagely mauled a Ghana Broadcasting Corporation (GBC) radio news reporter.

In the aftermath of that incident, we would discover to our utter shock and horror that Mr. Dogbe had actually been promoted. Later, after President Mahama had been massively voted out of power by Ghanaian voters, Mr. Alban SK Bagbin, the Second-Deputy Speaker of Parliament and the longest-serving NDC-MP, would tell the nation that, indeed, during the entire four-and-half-year tenure of the Mahama Presidency, it was Mr. Stanislav Dogbe who had performed the duties of a de facto President. Well, I don’t buy the latter-day facile Ghanaian custom that apologies are, somehow, a definitive antidote for the kinds of egregious breach of protocol recounted in this column. Nevertheless, what I think is more significant and deserving of serious national attention to highlight here, is the glaringly embarrassing fact that increasingly Ghanaian leaders are exhibiting a flagrant and abject lack of confidence, pride and patriotic identification with that sub-Saharan Democratic Republic called Ghana.

If anybody wants to fully appreciate why our country is in a state of crisis, presently, at all levels of national endeavor, this is where to begin. Ghana clearly appears to be in a state of coma. A veritable state of suspended animation, I mean. Now, we can begin to seriously talk of finding solutions to the same.