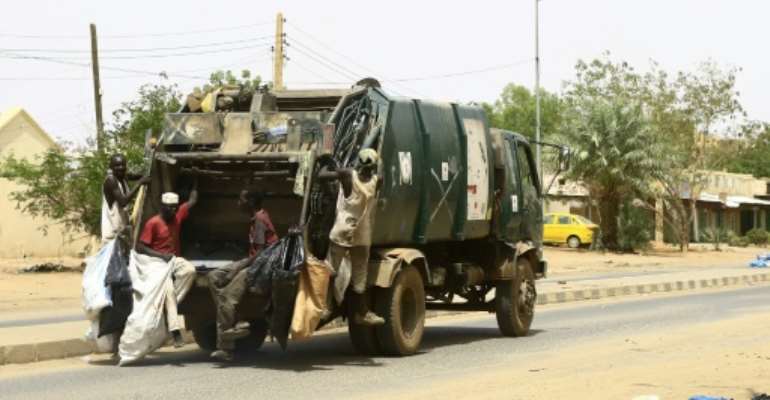 Garbage lorries and street sweepers returned to Sudan's capital on Wednesday, after a three-day civil disobedience campaign. By - (AFP)

Street sweepers and queues at bank cash points returned to Khartoum Wednesday after protesters called off a civil disobedience campaign that had brought Sudan's capital to a standstill.

"We have returned to work and there is lot of garbage on the streets," said sweeper Mohamed Adam, as he tackled a pile of trash in a street in southern Khartoum.

"This will take a long time and effort to clean" up, Adam, dressed in a green t-shirt, jeans and a cap, told AFP.

Waste had piled up in Khartoum's key squares and almost all districts in recent days as many street sweepers took part in the civil disobedience campaign that began on Sunday.

Sewerage has also seeped onto the streets during the shutdown.

Protest leaders launched the initiative after a brutal crackdown on demonstrators on June 3 that left dozens dead outside army headquarters in Khartoum.

On Wednesday, garbage trucks traversed the streets of the capital, particularly around hotels and embassies in upscale districts.

But cash within the banking system remains in short supply. 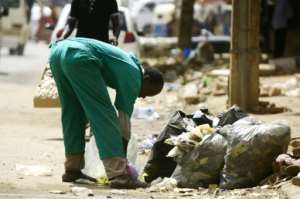 Piles of rubbish have been left in the streets and sewerage has seeped out of sewers, as thousands participated in the latest phase of the protest movement. By - (AFP)

"I have been waiting for three hours now to withdraw 1,000 pounds ($ 21)," said Mahmoud Salah, as he stood in a queue outside an ATM in the northern district of Bahari, a bastion of protests.

"That's a lot of time for a very small amount. We want the central bank to solve the issue" of strict limits on cash withdrawals.

Similar scenes were visible in several areas of Khartoum as residents came out to withdraw money and buy staples after shops began to reopen.

Witnesses also reported queues outside ATMs in Port Sudan, a key economic hub, and towns including Madani, Al-Obeid and Gadaref. 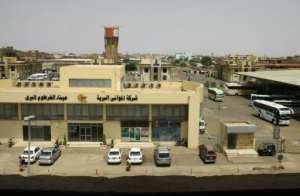 In Port Sudan a ship left the dock at around 9:00 am (0700 GMT), while two others were being loaded, a witness told AFP by telephone.

"The city's main market is open but there are queues outside bank ATMs," a resident from Port Sudan said.

Initial protests across Sudan erupted in December due to a worsening economic crisis led by soaring food prices and an acute shortage of foreign currency.

Many backed the protest movement that finally led to the ouster of longtime president Omar al-Bashir on April 11.

On Wednesday, even as the civil agitation was called off, many residents stayed indoors -- wary of returning to work amid a heavy deployment of security forces, including the feared Rapid Support Forces.

Protesters and witnesses accuse RSF personnel of leading the crackdown on demonstrators on June 3. 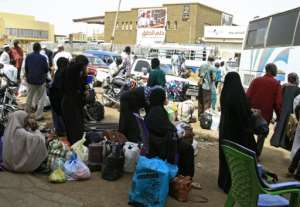 Despite buses circulating once more, services remain sparse and a ticket seller expects it will take several days for most people to return to work in the capital. By - (AFP)

Khartoum's main bus terminal, which sends buses between the capital and other parts of the country, was functioning on Wednesday, an AFP correspondent reported, though there were not many passengers.

"The movement of buses and passengers is still less than usual," said Gamal Omar, a ticket seller at the terminal.

"I think people will start returning from this weekend. The civil disobedience has ended today, but most people will return to work only after the weekend."

In Sudan, the week begins on Sundays.