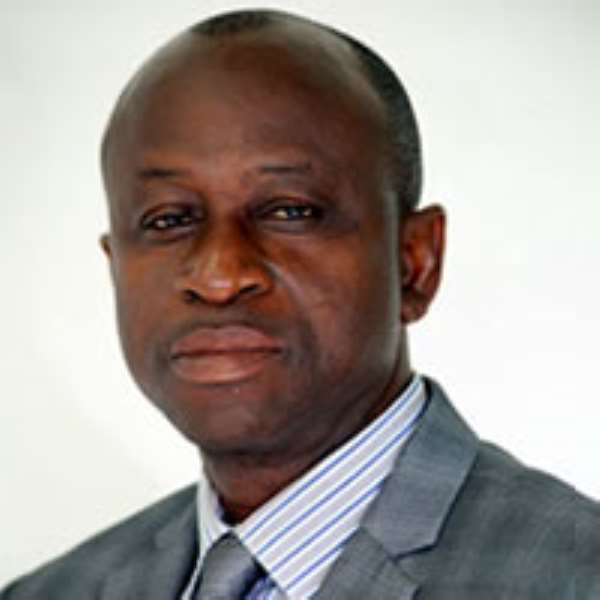 The opposition National Democratic Congress' Member of Parliament (MP) for Aowin Constituency in the Western Region, Hon. Mathias Ntow has described the latest edition of an evaluation poll conducted by the Political Science Department of the University of Ghana (UG) as empty.

This follows a survey conducted on the performance of all the 275 MPs by the University of Ghana which revealed that 180 of the incumbent MPs are likely to be voted out of office if elections were to be conducted today.

That means, only 95 MPs are likely to retain their seats.

In all, a total of 27,500 Ghanaians in five randomly selected Electoral Areas in each of the 275 constituencies of Ghana participated in the study, the findings of which was unveiled on Monday, June 10, 2019, at the auditorium of the School of Law, University of Ghana.

The study themed, “Assessment of 275 Members of Parliament – Perspectives From the Constituents” focused mainly on performance of the legislators both at the constituency and on the floor of the House.

But speaking to the media on Tuesday, June 11, 2019, the NDC MP, Hon. Ntow expressed misgivings about the modalities and parameters on which the evaluation was done.

According to him, the Researchers who did a shoddy work failed to contact they (MPs) before coming out with their final report.

He said MPs can't be working in Parliment and be in their constituencies at the same time.

"Their survey is bogus and fraudulent because they failed to contact us. You can't do such a research with soliciting our views", he intimated.

He continued, "My name is Mathias Ntow, the MP for Aowin and they can't do such survey in our absence while we are working in Parliament so I am saying that their survey is bogus".

However, the Minority Leader of Parliment, Hon. Haruna Iddrisu commenting further on the floor of the House, Tuesday, June 11, 2019, said they are alarmed by the findings of the report which seeks to suggest that 180 MPs are likely to be voted out in the 2020 elections.

“We are alarmed by this publication because we already have a very worrying attrition rate to which the Majority Leader has related to in this House. 180, then what will be left with the experienced hands in this House? Imagine the Chairman of the Finance Committee of Parliament (at this point, Dr. Mark Assibey-Yeboah retorted that he is already out provoking laughter among his colleague MPs), the Hon. Dr. Assibey-Yeboah and the role he plays in this House.

"How fair that he will be gone with the wind of a tiger wave of a Free Zone somewhere. So, Mr. Speaker, it is such an important matter that I want to invoke our Standing Orders, Order 191 which states that “The House may at any time by motion appoint Special or Ad Hoc Committee to investigate any matter of public importance; to consider any Bill that does not come under the jurisdiction of any of the Standing or Select Committee.

“This is an important matter and I do agree with the First Deputy Speaker that we need to work together with academia and with this research institution so that they better understand who we are, what we do, what our expectations are even though I admit that there is a role conflict and there is a confusion every other day as to the role of an MP but that confusion should not emanate from a University when ordinary members of the public who probably are uneducated or not better educated come to those assumptions and conclusions they can be forgiven but to come from academia is even more worrying and therefore I support the First Deputy Speaker that we get a Committee to engage them to appreciate the basis of the work that we have done, we will explain our part to enrich the work that we do”, he stressed.