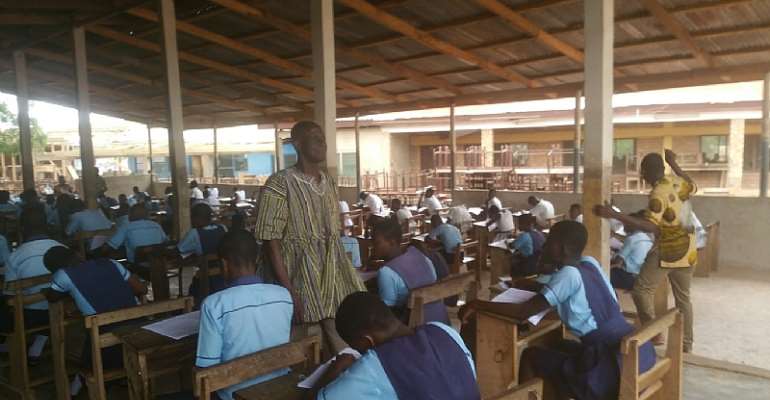 Hon.Kofi Adjei at one of the Examination Centres

Interacting with some of the candidates and invigilators in some of the Centres within the Berekum Senior School and Presbyterian Senior High School, the Municipal Chief Executive advised candidates to do independent work. He also cautioned the invigilators to avoid the temptation of helping candidates since that could lead to the cancellation of the examination thereby running the lives of the affected candidates.

The Berekum Municipal Director of Education Mrs. Grace Ivy Ameyaw who was part of the team that joined the Municipal Chief Executive was optimistic that the candidates will perform well given the preparation they have been taken through.