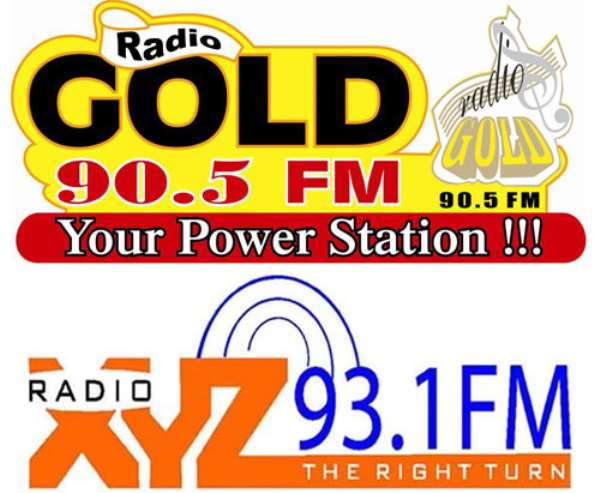 Coming as it did on Thursday, May 9, 2019, at a time when the main opposition National Democratic Congress (NDC) was allegedly holding a press conference on the recent indictment of its National Chairman and former Eastern Regional Minister, Mr. Samuel Ofosu-Ampofo, was highly likely to be interpreted as an act that was politically motivated; but such action was definitely legitimate and, perhaps, even absolutely without prejudice. I am, of course, alluding to the decision by the National Communication Authority (NCA) to shut down the National Democratic Congress-leaning radio stations, namely, Radio Gold and Radio XYZ, for illegally broadcasting with long-expired authorization or operational licenses (See “There Are No Political Machinations in Radio Gold, XYZ Shutdown – Minister” Modernghana.com 5/10/19).

But that it coincided with the press conference rejoining uncovered evidence indicating that Mr. Ofosu-Ampofo may very well be the mastermind behind some national security-threatening activities, involving the kidnapping and presumable sexual violation of some adolescent schoolgirls and some inexplicable market fires, is well beside the point or totally irrelevant, unless the evidence uncovered by the Akufo-Addo-led government of the New Patriotic Party (NPP) is proven to be wrong in court. The preceding notwithstanding, it was rather reckless and scandalous for the leaders of the National Democratic Congress (NDC) to have presumed that they could so cavalierly and flagrantly respond to an official letting inviting Mr. Ofosu-Ampofo to respond to the letting inviting the latter to appear at the National Headquarters of the Criminal Investigations Department (CID) of the Ghana Police Service (GPS) to answer the criminal charges brought against him by contemptuously holding a press conference.

At any rate, the executive operatives of the National Communication Authority (NCA) have emphatically noted that the shuttering of Radio Gold and Radio XYZ closely follows a ruling by the Electronic Communication Tribunal (ECT). If this assertion has verifiable validity, then, of course, there can be no gainsaying that the apparently coincidental politically motivated timing notwithstanding, the decision by the NCA to shut down Radio Gold and Radio XYZ is perfectly within the strict bounds of the law. Indeed, the problem that the leaders of the National Democratic Congress have in making their accusation stick, pretty much inheres in the fact that the Rawlings-founded political party has a protracted or long-established track-record and history of breaking the law and readily getting away with the same.

It would also be interesting to know precisely how long both shuttered radio stations had been operating with expired or illegal licenses. That will give the general public a clear and credible sense of whether, indeed, the managers and proprietors of the aforementioned broadcast stations were law-abiding or simply pretended to be such only once they were literally caught with their proverbial pants down, hung and all. We must also highlight the fact that not very long ago, a remarkable number of radio stations were either summarily shut down or fined hefty sums of cedis for having operated without authorization for at least as long as the four-and-half-year tenure of former President John Dramani Mahama. What this means is that for the most part, the leaders of the National Democratic Congress have been running the country like their private or family properties, with absolutely no regard for the grossly overworked and woefully underpaid Ghanaian taxpayer.

There is also absolutely no doubt, whatsoever, that some of these radio stations, for the most part, ought to have been put out of business a long time ago, if the laws governing electronic broadcasting in the country had been responsibly and patriotically enforced by the previous Mahama-led regime of the National Democratic Congress. Indeed, it is almost certain that the government of the late President John Evans Atta-Mills, himself a first-rate expert and tax-law scholar and former professor of the University of Ghana, the country’s foremost institution of higher learning, and of which Mr. Mahama had been the Vice-President, had trodden the same primrose path of managerial and fiscal irresponsibility.

Hopefully, the era of reckless and deliberately induced culture of political rot and anomie – the season of anomie, as one of the poems of Nigeria’s Nobel Literature Prize Laureate, Prof. Wole Soyinka, puts it – is well behind us.