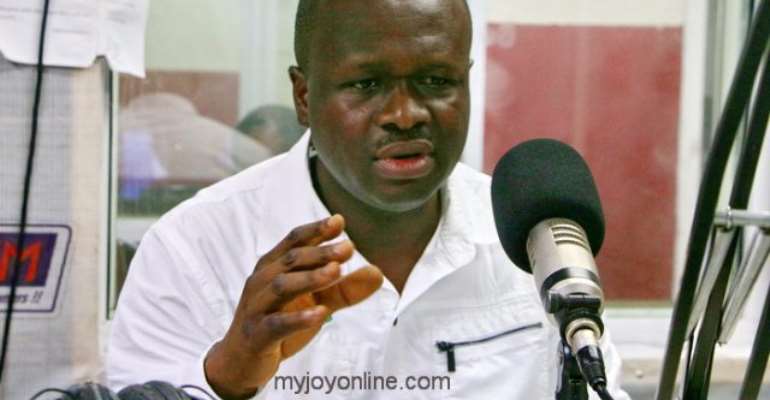 The former Spokesperson ex-President John Mahama said in a statement that the current government was responsible for about 40% of Ghana’s total debt since independence, a testament – according to him – that the incumbent Akufo-Addo-led administration is plunging the country into a debt crisis.

“Yes, in less than three years, President Akufo-Addo’s Government alone is responsible for about 40% of Ghana’s current total debt burden since independence. In effect, whereas the mantra is, ‘Ghana Beyond Aid,’ the real mission is, ‘Ghana Begging for Aid,’” he teased.

He said Nana Akufo-Addo has plunged Ghana into “an unending vortex of unprecedented debt contrary to his promise in 2016.”

GHANA’s STEEP RISING DEBT AND THE NEED FOR URGENT BRAKES

The GHC80 Billion Debt So Far

It is official! Government has borrowed about GHC80 billion in record time, and there is very little to show for this gargantuan addition to the indebtedness. The debt has risen from GHC122 billion from Independence till 2016; to almost GHC200 billion in 2019.

Yes, in less than three years, President Akufo-Addo’s Government alone is responsible for about 40% of Ghana’s current total debt burden since independence. In effect, whereas the mantra is, “Ghana Beyond Aid,” the real mission is, “Ghana Begging for Aid.”

Obviously, as sad as it is, the Government regardless is blatantly burrowing the pit of borrowing, and if not stopped, it means Ghana’s present and its future is being buried with each passing loan agreement. George Carlin once observed, “I think we ought to just go ahead and make “zillion” a real number. “Gazillion,” It seems to me it’s time to do this.”

Yes! George, you were right in the context of Ghana’s present indebtedness, and I share in your thoughts because twelve years ago (2007), in one fell swoop, Ghana cleaned four zeroes (0000) when she redenominated her currency. But for that singular exercise, your prediction could have come to pass considering the spate of borrowing that we have witnessed in the past two and a half years.

But our debt situation is much higher than the reported figure. Like many Ghanaians, I am concerned about Ghana’s indebtedness because characteristic of all economic indicators, there are limitations; and for national debts which fuel budget deficits, one of such limitations is hidden debts or what Mankiw (2013) terms, “uncounted liabilities.”

For example, hidden debts include pensions which are basically deferred compensations or ‘loans’ which Ghanaian workers have issued to Government with an expectation for their retirement income security.

Indeed, at the 2019 May Day Celebration, various workers bemoaned and warned against Government’s huge indebtedness to their pension funds and also, the attempts to tamper with the CAP30 pension of security services.

Furthermore, another hidden debt is contingent liabilities which arise from Government guarantees such as the:

- US$600 million Sinohydro facility which is scalable to US$2 billion among others.

Where Is The Money?

Most often when Governments have been confronted with the question, “where is the money?” their default position has been to list specific and tangible programmes and projects to account for what they have borrowed. Also, debt refinancing has been a standard answer. However, in the case of the present administration, there is very little to show for the gargantuan GHC80 billion, which they have borrowed over the past two and a half years.

So, they have often sought to justify their unprecedented consumption related expenditures with the constitutionally stipulated Free Senior High School programme which has visited the “Double Track System” on students and parents. I am not against free S.H.S. How could I a Social Democrat whose tradition superintended over the 1992 Constitution?

But, their mathematics do not add up when one contextualises the total expenditure on Free SHS with the quantum of tax and non-tax revenue which has accumulated under this administration – thanks to John Mahama’s visionary and multi-sectoral ingenuity, including his strategic investments in the hydrocarbon industry.

Examples of such new and additional revenue streams that have come on board since the NPP Government assumed office include: proceeds from the ENI/Sankofa fields; the Energy Sector Levy, among others.

Additionally, the “annoying” Luxury Vehicle Tax; the surreptitious and backdoor increase in the rate of VAT; and the extension of the duration of some other taxes all by this Government who slyly promised to move Ghana from taxation to production have also generated more revenue.

So what at all is the problem of this Government that neither encountered the crippling ‘dumsor’, nor faced almost a year-long needless election petition? What is their excuse? …and so I ask again, “Where is the money and/or what has it been used for?”

Over and above the germane question, “Where is the money?” what is even more worrying and deceptive is, the President’s unenviable borrowing record flies in the face of his passionate and emotional appeal which he deployed to persuade Ghanaians in the run-up to the 2016 elections.

He argued in ‘Twi’ that, “Yεte sika so nanso kÉ”m de yÉ›n.” Simply put, he meant amidst the abundant resources, locally, Ghanaians are hungry. Furthermore, it is important to situate his, “Yεte sika so nanso kÉ”m de yÉ›n” speech within his Vice President, Dr. Bawumia’s popularly known saying that, he had worked at the Bank of Ghana before and so he knew Ghana is rich...or vice versa.

These statements were some of the many but hollow counter-arguments to the prudent and smart borrowing strategy which yielded significant beneficial projects under His Excellency John Dramani Mahama.

Undoubtedly, Nana Akufo-Addo saw the various development projects which his predecessor, had efficiently churned out in record time; hence must not be borrowing at this rate contrary to their own electoral promises.

I do not, at all, suggest as James Madison wrongly did that, “A public debt is a public curse.” No! On the contrary, I subscribe to Alexander Hamilton’s proposition, which states that “A National debt, if not excessive, will be to us a national blessing.” The emphasis, here, is on “excessive”.

I also share the views of many Ghanaians who believe the GHC80 billion indebtedness in record time with virtually nothing to show for is painfully “excessive”, no matter which way you look at it.

Indeed, but for the recent rebasing of Ghana’s economy, which is either luring or deceiving Government to borrow recklessly, the current debt to GDP ratio would have made Ghana a “Highly Indebted Middle Income Country (HIMIC),” ‘Bawumia (2015)’ – for want of a better categorisation.

Sadly, the great deception did not end in opposition but has continued in Government. Only a few days ago, the Finance Minister – Mr Ken Ofori Atta – deceptively asserted that “…aid is not borrowing…” https://www.youtube.com/watch?v=IB5al1WKkaM. I invite him to read Hall and Midgley, (2004:262), of the London School of Economics, on how concessional loans also qualify as aid. In addition, regarding Mr. Ofori Atta’s epiphany that, “borrowing is not bad if you have the resources to be able to pay it back and the balance that you achieve...” I am tempted to side with those who find it condescending.

Moreover, his suggestion that the ability to pay for loans should be a matrix of relevance in judging the efficacy of loans is in itself drenched in inconsistency.

- Is it not strange that the party/Government that claims to have an economic team of‘gurus’ unmatched in the history of Ghana are only now realising that not all borrowing is bad, now that they find themselves out-borrowing every Government in recent history?

- Did the Finance Minister share this very advice with Dr. Bawumia and Nana Akufo-Addo when they were in opposition?

- Apart from General Ignatius Kutu Acheampong of “Yεn tua” fame who blatantly declared, Ghana will not meet its international debt obligations, is there any Government of Ghana in recent memory who has acted in similar manner?

- Finally, is Mr. Ofori Atta not abundantly aware that his predecessor, Mr. Seth Terkper was compliant to the extent that before he left office, he made provision for the 2017 planned repayment of the Eurobond which the Kufour administration contracted in 2007?

Perhaps, if he had answered these questions sincerely and truthfully, Ghanaians would have been spared his latest views on borrowing.

In conclusion, Nana Akufo-Addo has plunged Ghana into an unending vortex of unprecedented debt contrary to his promise in 2016; this amounts to deception; and yet he has very little to show for the GHC80 billion borrowed.

Furthermore, the irreconcilable differences between their own words that, Ghana has so much resources and hence does not need to borrow vis-à-vis the evidence that indeed, they are borrowing excessively, is unacceptable.

Simply put, this Government has broken the sacred trust upon which they were elected into office. The GHC80billion unenviable debt record is undermining the much discredited “Ghana Beyond Aid” mantra, and also threatens the development of present and future generations of Ghanaians.

President Akufo-Addo must, therefore, take responsibility and apply the brakes on his borrowing strategy, which is burying Ghana.