If What Akufo-Addo Said Is True, Then He Works With Angels – Haruna Iddrisu 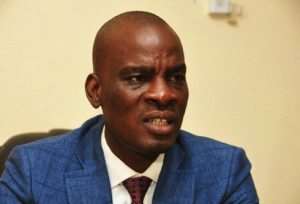 That his government is prosecuting some former NDC officials for various cases of alleged corruption, then Akufo-Addo must indeed be working with angels, the Minority Leader in Parliament, Haruna Iddrisu criticised.

The President, while speaking in Canada about the efforts being made by the NPP government to deal with corruption, mentioned that 21 people were standing trial, and so it was wrong for people to suggest that the administration was doing nothing about the corruption fight.

But the Tamale Central MP and Minority Leader, Haruna Iddrisu, is not happy with the President's reference to former NDC officials.

Haruna Iddrisu thus questioned if the President's own appointees were clean with regards to corruption.

“I heard the President speaking far away from Canada or somewhere in his many trips abroad saying that NDC had been lined up for prosecution. What a significant and interesting statement to come from the President of the republic so it means that in the past few years, he has been working with angels. We ask him to probe further.”