It Is About Separation of Church and Politics 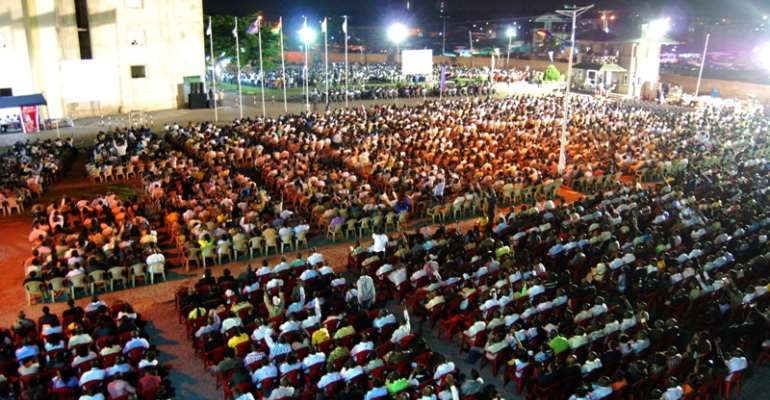 It really beats my imagination that many of our legislators are having such a hard time coming to terms with the crystal clear fact that the problem with the non-mainline or non-orthodox churches, commonly called “One-Man” or “One-Woman” churches, has little necessarily to do with the wanton exploitation of the desperately poor and destitute. Which is why inasmuch as I am disconsolately disappointed that men of the cloth, such as the New Patriotic Party’s Member of Parliament for Assin-South, Rev. John Ntim-Fordjuor, woefully fail to grasp the crux of what is at issue here. Nevertheless, it is also quite understandable that Mr. Ntim-Fordjuor should see matters in terms of the material or monetary exploitation of the congregants and followers of these proprietary or one-person-owned and operated churches (See “We Have No Intention of Regulating Churches – NPP MP” Modernghana.com 6/2/19).

The real issue at stake in this conversation on the imperative need for Ghanaians to be blessed with churches that are not veritable fronts for the various political parties and the appendages of the electioneering campaigns of individual politicians, is what clearly seems to be pathetically lost on our legislators and others with vested interest in the flagrant violation of the constitutionally stipulated Separation of Church and State, for the most part, by our one-person churches and religious leaders. For those of our local Ghanaian leaders – politicians and non-politicians alike – here in the United States, for example, an ordained pastor who jumps into the pulpit and begins to preach partisan politics, such as the politics of favoring one political candidate over another, would be promptly stripped of his/her tax-exempt status and even run the risk of losing his/her license to practice whatever religion s/he may have been ordained in, and be immediately subject to the payment of taxes as if s/he were running a profit-making business.

For, by plunging headlong into partisan politics, the church would be aptly envisaged to have morphed (or metamorphosed) into a veritable political party instead of a non-profit-making charitable and/or religious establishment. This is the only regulation that, as far as I have been able to verify, ought to be legally and legitimately imposed on the leaders of our churches, be they orthodox or mainline churches, or the one-person proprietary establishment. As well, the problem with the one-person proprietary churches – oftentimes they are actually family-owned corporations – is that these churches well appear to be led by lottery-minded quack political forecasters who either deliberately or misguidedly envisage themselves in the mold of the Biblical prophets of yore or Ancient-Israel kind.

We are not inclined towards listing any names in this column. These quack political pundits and trial-and-error forecasters already know themselves to be such; and the rest of us also know them for who and what they are and therefore need absolutely no tutorials or schooling to be able to recognize them for who they are. It is this type of false prophet that the attention of our legislators ought to be focused on. I perfectly see where jittery politicians who have also been ordained as religious leaders like Rev. Ntim-Fordjuor are coming from. Maybe somebody more levelheaded and charitable needs to reach out to the Assin-South’s NPP-MP and politely but frankly admonish Rev. Ntim-Fordjuor that the immortalized Christocentric edict not to serve two diametrically opposite masters at the same time, still holds valid, for the most part, notwithstanding what contrarian scholars, theorists and thinkers may say or claim.