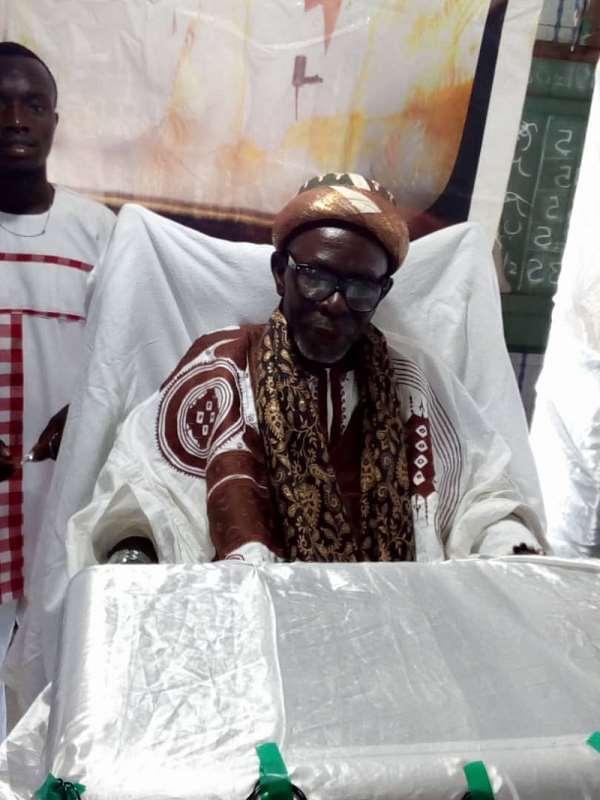 The Chief Imam for Ejura, His Eminence Alhaji Sheikh Mustapha Abubakar at the closing ceremony of their annual Quran Exigency (TAFSEER) yesterday, used the occasion to call on Ghanaians to foster peace and unity.

This, he believes, will accelerate the socio-political and economic development of our country Ghana.

He noted, “Without Peace and Unity, how can there be Development."

The Imam called for prayers for the President Akufo-Addo and all leaders who are spearheading development for Ghana.

The Quran Exigency (TAFSEER) is the interpretation and commentary of the Noble Quran usually done in the holy month of Ramadan.

The TAFSEER which is presided over by Sheikh Ustaz Ishaque Annasiriya, seeks to intensify and educate the Muslim Community about the Tenets of Islam and how they can use the Quran to live peacefully with one another.

Present at the occasion were Chiefs from the various tribes and headed by the Ejura Zango Chief, Alhaji Mohammed Suraj, who also sensitized the public about unity for development in Zongo.

He admonished the youth especially to work hard and uplift the image of Zongo.

Other dignitaries also at the event include the Member Of Parliament, Muhammad Bawa Braimah, the Municipal Chief Executive, Mohammed Salisu Bamba, the National Health Insurance Director, the Municipal Health Director and the Medical Superintendent of the Ejura Government Hospital, Dr. Mensah Manye.

Speaking on behalf of the Health Director, Dr. Mensah Manye called for early prevention of diseases rather than wait long to cure it.

He also advises the general public in the important use of Mosquito Nets to prevent malaria which is fast killing many children.

The use of motorbikes recklessly by young people had caused so many accidents which had resulted in deaths. Dr. Mensah admonished the youth to be careful anytime they are riding a motorbike.