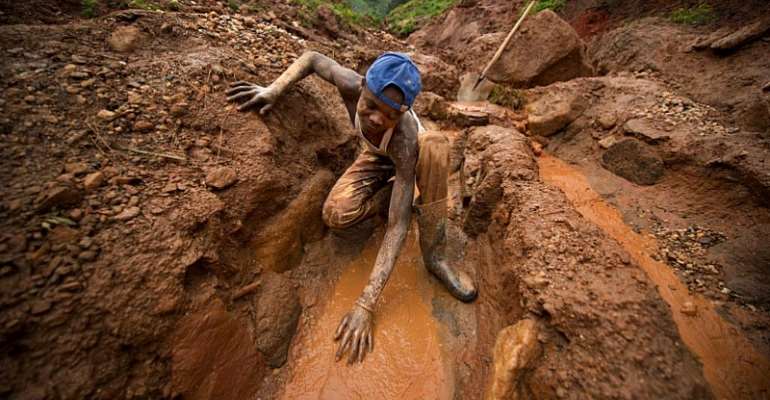 A new think tank founded by Congolese activists has been set up to fight corruption across the African continent. UNIS partners with organisations in various African countries and has already established a set of specific programmes to be carried out on the ground.

UNIS claims to be different as it is providing African solutions for African problems. Corruption in Africa, according to UNIS, can also be shaped by traditional values.

“We need to adapt measures against corruption that take into account the characteristics of the African continent,” says Franck Otete, one of the six Congolese founders of UNIS.

DRC activists unite
Otete is also a member of Filimbi, a pro-democracy group in the Democratic Republic of Congo who fled the country and is now living in exile in Belgium.

Jean-Jacques Lumumba is another founder of UNIS. He is the grand-nephew of Congo's first prime minister, Patrice Lumumba, who was assassinated in 1960.

Lumumba is a whistle-blower currently living in exile in France after receiving death threats in DRC.

Lumumba disclosed what is known as the Lumumba papers which revealed the extensive embezzlement of state funds involving relatives of former President Joseph Kabila.

He was the head of the credit department at the BGFI Bank in DRC and fled the country in 2016 fearing for his safety. In October 2016, the Belgian newspaper Le Soir published an article on the activities of the BGFI Bank supported by documents Lumumba supplied.

“To sacrifice good governance in order to maintain a political status-quo will only serve to keep appearances. If we do not fight corruption, we will not be able to become developed nations with stable relations,” said Jean-Jacques Lumumba.

African values
UNIS believes that there are characteristics inherent to the African culture and customs that need to be addressed to find sustainable solutions to the fight against corruption.

Otete explains that respect towards elders is an important factor which dictates social norms in African societies and it can have a bearing on corruption.

“A worker considers the manager as a father [figure] and when he is involved in corrupt activities, they will consider that to be [the norm] and find it difficult to resist corruption,” Otete told RFI.

Targeted actions
UNIS intends to involve schools in the fight against corruption by including components on corruption within the existing curriculum via a method called partial integration.

In environment courses, for example, a module on corruption may be included to explain why roads are in poor condition by establishing a link with corrupt officials who diverted funds earmarked for maintenance.

As part of its awareness campaign, UNIS will share videos and audio elements on its website to show how corruption infiltrated various aspects of everyday life.

“We're also going to organise conferences in places where we can meet the people and broadcast these videos,” Otete said.

He added that the group also intends to show its videos on television channels “targeting those specific audiences.”

Partnering with African organisations
In order to achieve its ambition to reach the whole continent, UNIS has already established partnerships with existing organisations in various African countries.

One of their partners is Africtivistes, the league of African cyber activists and bloggers for democracy.

In the first stage of its development process, UNIS will work with five countries which hold a good record in the fight against corruption: Senegal, Bostswana, Rwanda, Seychelles and Mauritius.

“We are going there to take examples that have worked in those countries and adjust them to the other countries which are going to be our next stage of action,” declared Otete.