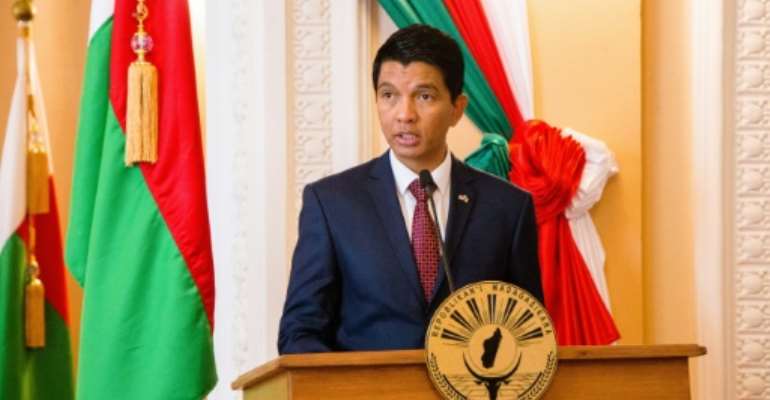 Madagascar held parliamentary elections Monday in what is being seen as the latest round of a bitter feud between President Andry Rajoelina and his longstanding rival Marc Ravalomanana.

Beaten to the top job in December, Ravalomanana has been pushing hard in support of candidates of his TIM ("I Love Madagascar") party, determined to secure a victory in his rivalry with President Rajoelina.

The two men have dominated politics since the early 2000s, sometimes cooperating but mostly fighting for advantage and high office.

"These elections will define our future for the next five years," said Rajoelina after voting in the capital Antananarivo.

"The candidates who will be elected MPs have the duty not only to pass laws, but also to represent the aspirations of the people."

Ravalomanana also voted in the capital, and he raised allegations of fraud in the presidential election last December.

"People are less enthusiastic to vote because of the fraud that has already been noted in previous elections," he said.

Antananarivo's walls have been plastered with election posters, while during the campaign, loudspeaker trucks passed by in convoys and supporters handed out T-shirts for their candidates.

But turnout could be low, with few queues seen at polling stations.

The vote took place after another bout of instability in Madagascar which saw Rajoelina and Ravalomanana put aside their differences last year to oppose new electoral laws introduced by then president Hery Rajaonarimampianina.

After two months of street protests, the government fell and Rajaonarimampianina trailed in a distant third in the presidential election. 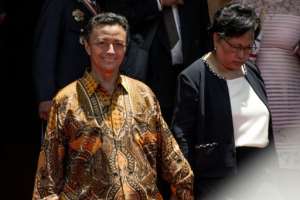 "I was disappointed that the leader of our party did not win the presidential election, but that defeat has motivated us to win a majority in the assembly," said the TIM candidate, businessman Feno Ralambomanana.

"We need a majority to ensure stability and avoid a political war over the next five years," said Rajoelina candidate Aina Rafenomanantsoa, a singer popularly known as Anyah.

"Madagascans have no need to go through all that again."

It is far from certain that Monday's vote will produce stability -- of the 800 candidates fighting for the 151 assembly seats, nearly 500 are standing as independents.

"Independent candidates could win many seats... because a lot of voters want to break the hold of the Rajoelina and Ravalomanana camps," political analyst Tohavina Ralambomahay told AFP.

"If there are too many independents in the assembly, that will create changeable majorities which will in turn generate corruption and political instability."

The campaign has been overshadowed in its last days by corruption allegations against more than half the outgoing deputies.

The anti-corruption bureau handed over to prosecutors a list of 79 deputies alleged to have each accepted bribes worth 12,500 euros ($14,000) to vote in favour of Rajaonarimampianina's electoral laws.

Both Rajoelina and Ravalomanana have promised voters they will put an end to such practices.

The former French colony is well known for its vanilla and precious redwood, yet is one of the world's poorest nations, according to World Bank data, with 76 percent of people living in extreme poverty.

The island, which is also famed for its unique wildlife, is dependent on foreign aid and has a long history of coups and unrest.

Election results are not expected for at least two weeks.