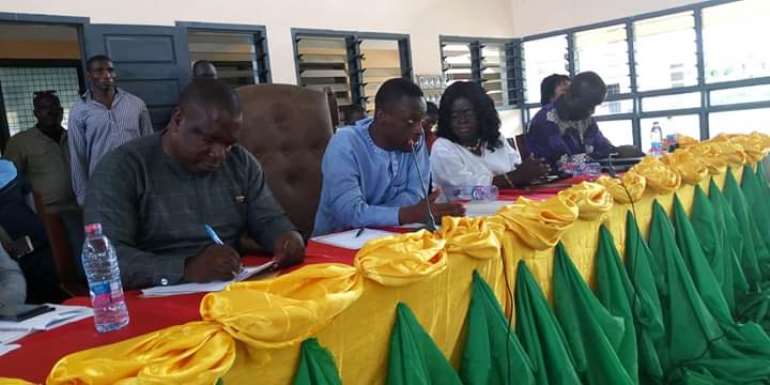 The Western Regional Minister in the middle

The Western Regional Minister, Hon. Kwabena Okyere Darko-Mensah has begun a two-day familiarisation tour of towns and villages in the Jomoro Municipality to explain current government programs to the Chiefs and people which are geared towards the accelerated development of the area.

The tour was also meant to identify problems confronting the people and initiate strategies for solving them.

This is the first familiarisation tour the Regional Minister has embarked upon, since he was appointed by President Akufo-Addo and last two months and subsequently approved by Parliament to steer the affairs of the Region.

The problems facing the Municipality include poor roads network, toilet facilities, electricity and the bad state of some school buildings, sanitation, job opportunities, health among others.

Addressing the residents at the Municipal Assembly Hall, the Regional Minister took the opportunity to thank them for their overwhelming endorsement of the President and also their support for the various programs the government is rolling out to make life better for the majority of Ghanaians.

He explained his mission, "...it affords me the opportunity to familiarize myself with the field where Government Business takes place and to interact with the Chiefs and People".

Hon. Kwabena Okyere Darko-Mensah continued, "I will during this two-day visit obtain direct feedback on efforts of Government and MMDAs in meeting the needs of the people. I will inspect the progress of work and the state of projects and programs being undertaken in your Municipality".

He disclosed that he cannot be an armchair Regional Minister and therefore have to be in the field quite often.

"... It is good that we get to know each other face-to-face, and to entreat Nanamon and the good people of the Western Region for your continuous support, co-operation and partnership with Government to meet the needs of our Communities", he said.

The Regional Minister revealed to the gathering that out of the fourteen MMDCEs in the Region, three Assemblies could not make it in the recent District Performance Assessment Tool (DPAT) exercise adding that these Assemblies will lose investment funds to support their development projects.

Hon. Kwabena Okyere Darko-Mensah charged the affected Assemblies to put things in place and perform well in the next exercise.

He bemoaned how government is using a lot of money to fight against the improper disposal of refuse.

He, therefore, called on the residents to stop the improper disposal of refuse to avoid punishment.

The Minister also charged the people to stop erecting containers and kiosks on the roadside without proper permit.

Hon. Kwabena Okyere Darko-Mensah further appeals to the people to support the elections of MMDCEs to empower the citizens whose resources are entrusted to those in power.

"As you already know, our Government is committed to electing Hon. MMDCEs and this move should be backed by all in other to empower our citizens whose resources are entrusted to those us in Government", he said.

The Minister noted that "The call for an end to vigilantism, drug abuse and disregard for the law especially poor attitudes sanitation should be sustained and culprits severely punished, if our communities and indeed Ghana has to be clean".

Responding to some concerns raised by some residents, the Regional Minister assured them of government support to address their concerns in due course.

He promised that President Akufo-Addo will by the end of this year cut the sod for the construction of the much-awaited fertilizer plant in the Municipality to create jobs for the youth.

"My doors are open, and under my leadership as Regional Minister, the Sustainable Local Economic Development role of the MMDA, much of which is in the hands of the private sector, is key. We must therefore shift focus to private sector development and I challenge the Assemblies and Nananom to come up with Business Development Plans, Proposals to undertake investments in order to create jobs and generate incomes in line with Government's Agenda to create jobs and bring prosperity and equal opportunities for all. We must, from now on, talk and work as 'Enterprise Western Region' because the Region offers the opportunities", he emphasized.

He concluded, "My administration has taken on board an entrepreneurial Government System which will ensure our Traditional Authorities' inputs are taken for the development of the Region".

On his part, the Municipal Chief Executive (MCE) for the area, Hon. Ernest Kofie thanked the Regional Minister for visiting the Jomoro Municipality to know their problems and what the Assembly has gone.

The MCE said his administration is currently tarring the street and roads within the Municipal Capital.

He added that the administration through the help of GNPC is constructing a six-unit classroom block for the Half Assini Senior High School (HASCO) to help abolish the Double Track System under the Free SHS policy.

He appeals to the Regional Minister to lobby for the construction of the Samenye barrier to New Town road which links Ghana and Ivory Coast which is in a very deplorable state. 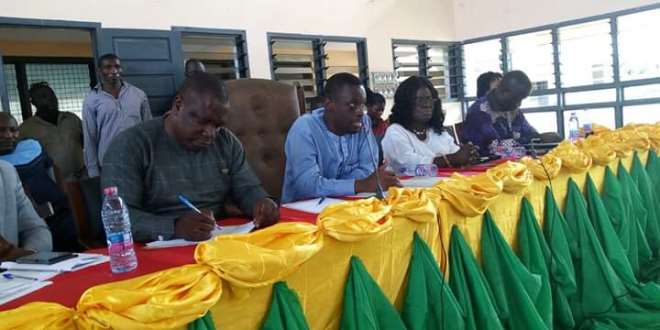 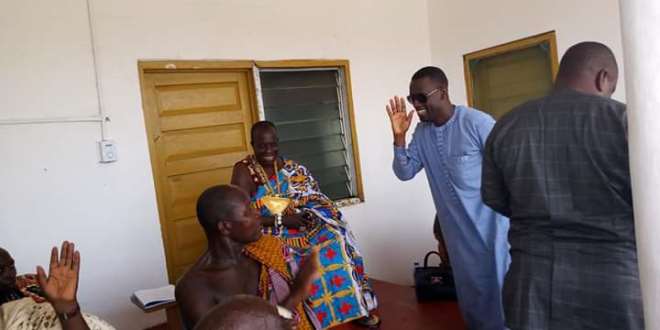 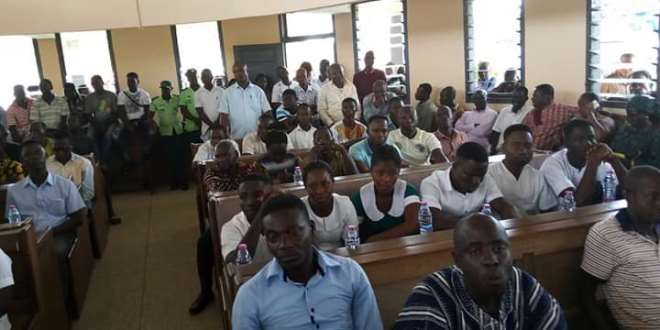 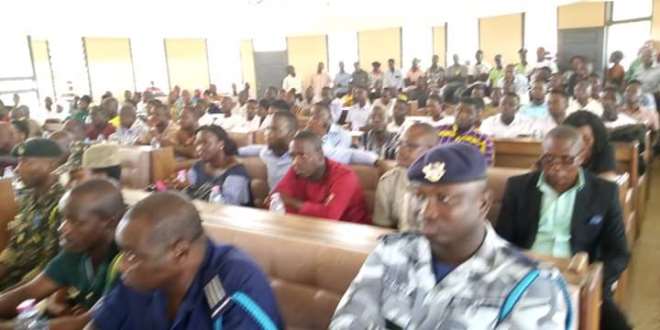 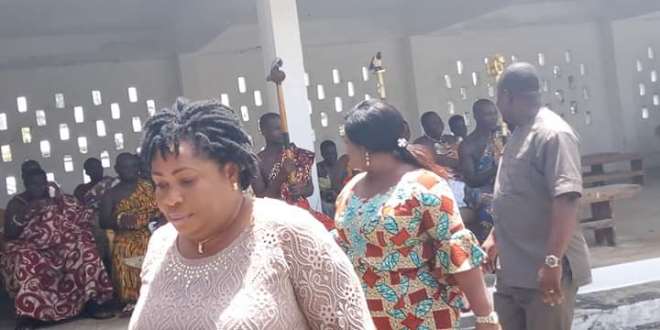 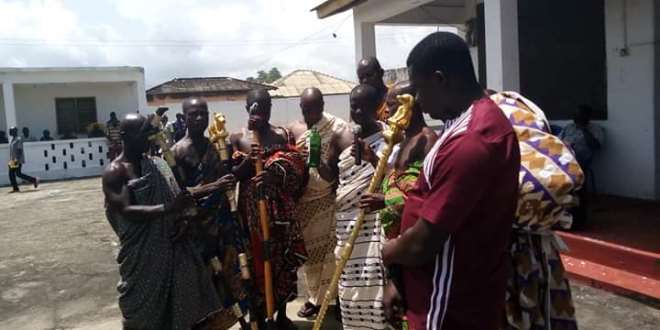 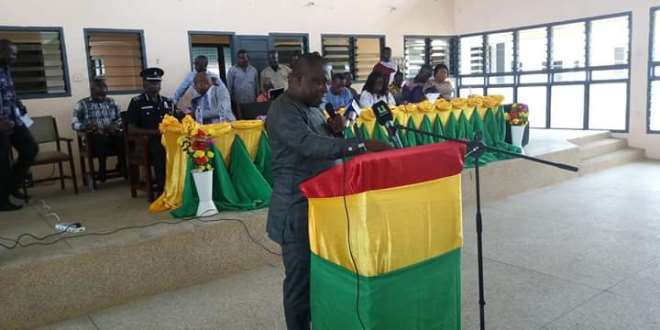