By Josue Mehouenou with Sophie Bouillon in Lagos 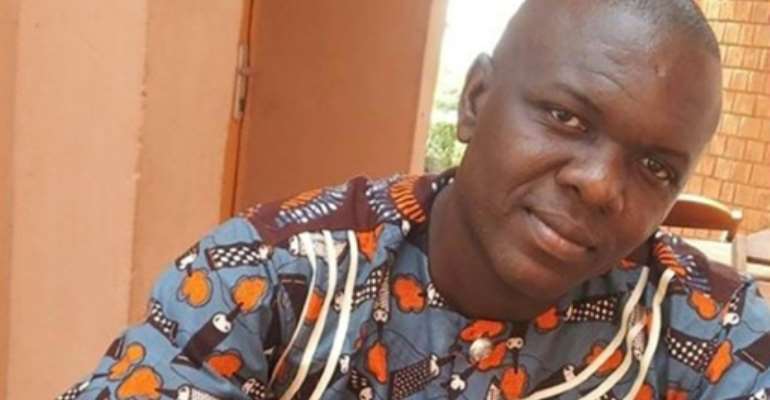 Fiacre Gbedji was among some 30 guides working at the wildlife reserve of savannah, woodland and wetlands that is home to antelope, hippos and lions. By HO (AFP/File)

At Natitingou in northern Benin, visitors mingled with locals to pay their condolences to the family of Fiacre Gbedji, a tour guide murdered by jihadists when they kidnapped two French tourists in the Pendjari National Park.

Gbedji's widow sat on a mat, legs stretched out and a lost look on her face, with a crucifix around her neck. Her mother-in-law sat beside her, eyes red from weeping.

The women were too upset to speak. The late guide's brother, Alexandre Gbedji, said the whole family was still taking in the events of May 1, when Islamic extremists from Burkina Faso seized Patrick Picque and Laurent Lassimouillas after brutally killing their expert companion.

"Nobody can get over it," he told AFP. "It's a nightmare for the whole family."

Gbedji's remains were found three days after the attack, badly shredded by vultures. "We hurt all the more because he has no right to a sepulchre. Fiacre could not even be buried decently," his brother said.

Elite French troops freed the abducted tourists and two other captives in an overnight raid launched in Burkina Faso last Thursday, which claimed the lives of two commandos.

'One of the best'

Gbedji was among some 30 guides accredited to lead tourists around the wildlife reserve, 4,800 square kilometres (1,850 square miles) of savannah, woodland and wetlands home to antelope, hippos and lions.

"He was one of the best," the park's director James Terjanian declared. "His work was faultless. This is an enormous loss to the country."

The attack came while Gbedji was taking his French companions along the Pendjari river, which is mostly dried up at this time of year.

"There are ponds where animals come to drink," one of his colleagues said.

Part of the river separates Benin, a country hitherto spared terrorist attacks and unscarred by conflict, from Burkina Faso, a country also popular with European tourists but hard hit in recent years by jihadists.

"The threat means nothing so long as you don't see it," the fellow guide remarked.

Gbedji, who was aged about 30, became "passionately" drawn to the tourist business when he finished high school, according to a close friend who asked not to be named.

He began as a driver, then became a qualified guide in the Natitingou and Pendjari region, more than 650 kilometres (400 miles) from the economic capital, Cotonou.

"His prime character trait was giving of himself for other people," the friend added, describing the slain man as somebody "very humble, ever helpful and ever available."

Belgian daily La Libre Belgique wrote that "many young Belgians and their teachers knew him" through a project called Move With Africa, supported by the paper.

Gbedji revealed his "culture and his country" to young people being taught about citizenship, the paper said.

The guide lived in a modest middle-class home in the large town of Nati, a crossroads in territory known for its tourist appeal.

The father of six also helped out at an orphanage.

Several of his former clients posted pictures and videos on social media, and a collection is being taken up to help his family.

"It's not only his family and colleagues who are mourning," said Adamou Akpana, president of the union of guides for the Pendjari region. "All the tourists who knew him are sending compassionate messages."

Pique and Lassimouillas, who were snatched away near the border with Burkina Faso, were put in touch with Gbedji at the last hotel they stayed in.

"I saw him for the last time the night before he left with the two tourists," Akpana said.