It’s up to President Buhari and APC 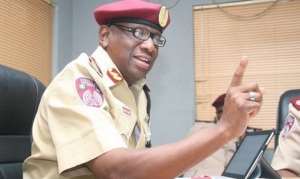 In a 17 June 2018 interview with the Sun newspaper in Nigeria, the Anglican archbishop of Enugu, His Grace Dr. Emmanuel Chukwuma said: “I think it is now absolutely necessary for us to stop military democracy in this country. With the military democracy we are experiencing now, no military man should be allowed to go into politics and head this nation any more. We should have pure democracy, which is civilian democracy. That is what will help this nation more than people feeling that they can use their military might to intimidate others. As far as I’m concerned, that is not democracy.” Chukwuma was in effect advocating that the military should give democracy a chance to grow through experience.

In the same vein, the Catholic bishop of Sokoto diocese, Matthew Hassan Kukah noted that none of the Nigerian Presidents since the return of democratic governance in 1999 has actually been committed to the service of the country. That, he explained, was why poverty had continued to ravage the nation, even in the face of so much wealth in manpower and mineral resources. Bishop Kukah contended that no country in the world would accept the level of injustice and corruption that takes place in Nigeria.

In a keynote address titled: “Inspirational Leadership and Humanitarian Service” Kukah made it obvious that Nigeria was very much in need of a President who would be prepared to serve the people. The erudite Bishop spoke in Jos during the Joint District Conference and 10th anniversary celebration of Rotary International organized by District 9125 with the theme “A decade of consolidation: the journey so far.”

Bishop Kukah noted that since 1999, Nigeria had remained in search of a President who would be sincerely ready to serve the country. He explained that President Olusegun Obasanjo was picked up from the prison to become President. President Umaru Musa Yar ‘Adua was preparing to return to the university to lecture. He was picked up and he became President. Goodluck Jonathan was a Vice President. He became President through a doctrine of necessity after the death of Yar ‘Adua. He contested and won. When he wanted to leave, he was asked to re-contest for the second tenure. He lost to President Muhammadu Buhari who had vowed never to contest the presidency again after contesting and losing three times. Buhari ruled in his first tenure. He was begged against his wish to re-contest for the second tenure and he won. In effect, Nigerians are yet to get a President who contested the presidential election based on his own conviction.

Kukah insisted that the time would come when voluntary organizations would withdraw from building hospitals, schools and other social amenities and allow the government to face the anger of the people. The bishop of Sokoto lamented that most people in Nigeria were wearing garments of poverty which had eaten deep into the country and urged Nigerian political leaders to provide the sort of inspirational leadership that is capable of salvaging their people from poverty, corruption and social injustice. Indeed, it appeared that the spirit of true leadership had left the country and gone on a long journey.

Kukah was not alone. Some time, not too long ago, Hon. Dukku asserted that cattle rearers valued the lives of their cattle more than their own lives and all hell broke loose at the National Assembly. Apparently, she was misjudged by those who thought they understood her well. But when we take a closer look at her statement, we find that we cannot so easily dismiss her claim with just a wave of the hand. She was correct. And more importantly, she constitutes an indictment on all heads of state who earlier ruled Nigeria.

And this is exactly where the leadership of Nigeria has woefully failed the people. A good leader is like a shepherd, a pastor looking after his sheep or cattle. For him, it is the comfort of his sheep or cattle that should matter most. He sees that they are well fed. He sees that they are happy. He derives his own joy from the safety and happiness of his flock. And when they are in any form of danger, he is there to protect them, just as the cattle rearer or the shepherd is there to ensure that no harm comes to his flock. That is the spirit of true leadership. And that is the spirit Nigerian people must look out for, recognize and endorse.

Recent events in Sudan should be an eye opener to the Nigerian people that indeed Africa has arrived. In Sudan, Omar Hassan Ahmad al-Bashir headed the government for 30 years as President. International observers knew the deep corruption that attended to the lifestyle of the dictator and his associates. All Africa believed that for the Sudanese people, dismantling the structures which concentrated political and economic power in the hands of al-Bashir and his cronies would be a herculean task. But that was not to be. The moment the Sudanese people made up their minds that “their mumu don do”, and that power belonged to the people, they organized themselves.

Led by well articulated associations of professionals they protested for weeks at the army headquarters, refusing to go away. As a consequence, the army arrested and detained the President. They then arrested and detained his brother and some of his close associates they believed were deeply corrupt. But the civilians were not done. They rejected the army’s offer of conducting a two year interim government that would hand over to civilians. They gave the army a list of names of civilians they wanted to form the transitional government. The coalition of protesters knew that they must consolidate on the momentum they had come to create. And they hung on to it. Even the country’s judges participated in the demand for total military disengagement in the democratic evolution of their country.

In Nigeria, the case seems to be different. It is obvious that since that accursed day of 15 January 1966 when the Nigerian Army aborted the democratic evolution of their country, several heads of state that have had the opportunity of ruling the country have never seen themselves in their leadership positions as the shepherds of the people or the citizens as their sheep or cattle. This seemingly simple spirit of commitment has never been there among the so-called leaders of Nigeria.

When Nigerians voted massively for General Buhari as the new President to replace Dr. Jonathan in 2015, it was partly because they believed in him. They had experienced during his years as a military head of state how he introduced the monthly sanitation day and how he infused an appreciable level of discipline into the Nigerian society. And so they believed that he would be the right man for the plump job at a time Nigerians seemed to have convinced themselves about ‘anyone else but Jonathan’.

One very vital reason also was that during Jonathan’s regime, there had been an attempt to negotiate with Boko Haram insurgents. They gave two conditions. First was that the meeting must be held outside Nigeria, possibly in Saudi Arabia and secondly that among those who would attend the meeting, Buhari must be included to negotiate with them. At that time, speculations were rife that Buhari probably knew more than he was telling about the insurgency. But he later cleared the air denying any knowledge of the activities of the dreaded insurgents or ever bonding with them. So, it was also believed that no matter the circumstances, if Buhari became President, the north would have some peace. But that hope turned out to become an illusion. In fact, the frequency and scope of killings across the country became increasingly menacing during Buhari’s first tenure.

So far, so many women have suddenly been rendered widows, and so many children have dramatically become orphans so much so that Nigerians are daily drowning in the river of their own tears. Everywhere you go, the people are mourning their dead.

Considering all of this, what I have in mind to say might seem unimportant. But I know that bringing sanity back into Nigerian roads could be a way of restoring peace and dignity into the Nigerian society. In other words, once there is discipline on Nigerian roads, there will be discipline in the Nigerian society. And that might as well be another place to start remodeling and repackaging the country to be in a better position to march with greater confidence in its journey towards true democracy.

In February 1988, the Military President, Gen. Ibrahim Babangida, came up with the idea of creating the Federal Road Safety Commission,FRSC, through Decree No. 45. The organisation was to eradicate road traffic crashes and create a safe motoring environment in Nigeria. It was also to regulate, enforce and coordinate all road traffic and safety management activities through sustained public enlightenment, promotion of stakeholder’s cooperation, robust data management, improved vehicle administration, prompt rescue services and effective patrol operation. In particular, the commission was charged with the responsibilities of:

In exercise of these functions, members of the commission were endowed with the power to arrest and prosecute persons reasonably suspected of committing any traffic offence.

For many years after its inauguration, the FRSC was in operation and it was the only arm of government that the Nigerian people respected to the core. You never heard about any of the corps members asking for “a tip” to release a traffic offender. All the corps members were above bribery and corruption. They were a great threat to the disorderly habits of the people of Nigeria. But gradually the old system began to catch up with them and they began to lose their dignity and the respect the country gave them because of their impeccability. Today, the organisation is as unreliable as any of the other arms of government wielding authority in the country. The problem could have been from the leadership at some point during the 16 years the Peoples’ Democratic Party was in charge.

The current Nigerian government can put pressure on the FRSC to focus on regaining its battered image and dignity. The FRSC can once again become highly respected among Nigerians if it works hard enough. It can again restore sanity on Nigerian roads by promptly arresting and prosecuting traffic offenders. Then, most of the things happening in Nigeria today will be a foregone conclusion. Community conflicts, kidnapping, armed robbery, cultism, waste of life and all of the other evils that have bedeviled Nigeria and made it seem ungovernable would seize to find the right spirit to operate in, because darkness and light cannot cohabit. The absence of one is the presence of the other. But it is up to President Buhari and his APC government.