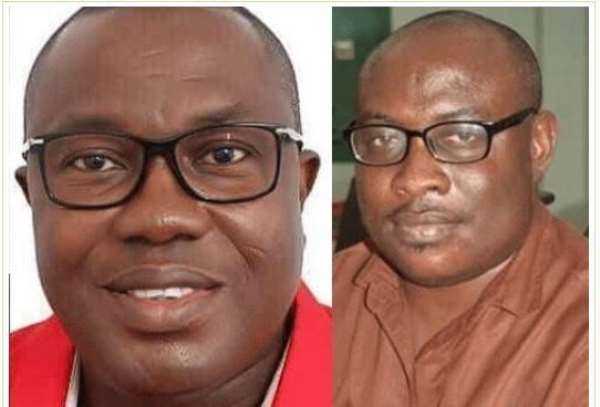 Speaking to the media after the court session today, Mr. Godwin Edudzi Tamakloe indicated that the attorney general could have spared Mr. Boahen the trouble of being dragged to court if her office had properly looked into the whereabouts of his client on the said day the tape was recorded.

“With all the security apparatus that the Republic has, the republic comes to court and say my client Kwaku Boahen on the 3rd of February was at the Party’s headquarters. A little search, a little investigation will show Kwaku Boahen was nowhere at the NDC headquarters”.

“So how in God’s name would you proceed on the basis of this faulty assumption proceed to process his for court. I do not understand it and I want to beg the learned Attorney General that some of this 'footsoldierism' should stop. It is a very noble office”, he shared.

Mr. Edudzi added “How in God’s name do you bring a citizen of this republic, refer criminal charges against him, when a little investigations would have demonstrated to you that Kwaku Boahen per the fact that you yourself read in court on the 3rd day of February 2019, he was nowhere near the NDC headquarters”.

He further assured that the Minority in Parliament is going to put up a strong defense of alibi whiles insisting on peace for all political actors,

They are going to continue to engage Ghana’s democracy to ensure calm.