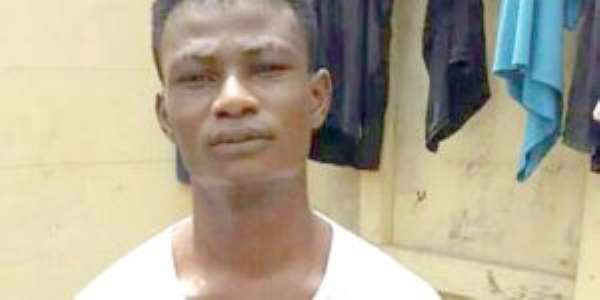 The High Court has ordered for a psychiatric evaluation of Daniel Asiedu aka Sexy Dondon the first accused person in the ongoing murder trial of the former Member of Parliament for Abuakwa North, JB Danquah-Adu.

This follows a verbal application made by lawyers for the Daniel Asiedu, who told the court they suspect their client could possibly be suffering from some mental ailment.

They said this was based some comments and behaviours he has been exhibiting since the beginning of the case.

The lead lawyer, Augustine Obour narrated one incident when his client called him directing him to be in charge of the serving of drinks at his coronation as a Chief in Akuapem.

The application was opposed by the prosecution who argued that the accused person had not shown any signs of a mental disorder.

The judge, Justice George Buadi said he could not independently ascertain the mental health of the accused from his attitude hence his decision to get him medically examined.

He further indicated the decision was also based on the need for a fair trial. Justice Buadi, therefore, referred Daniel Asiedu to the Accra psychiatric hospital for the psychiatric examination.

JB Danquah-Adu was murdered at his residence in Accra on February 9, 2016.

The provisional facts of the prosecution were that the former MP lived with his family in a one-storey house at Shiashie, near East Legon, a suburb of Accra, while Asiedu and Bosso lived at Agbogbloshie, also in Accra.

The driver handed over the ignition keys of the car to Mr Danquah-Adu and left for home, after which the MP retired to bed in a room located on the first floor of his house.

At about 1 a.m. that same night, Asiedu and Bosso, armed with a catapult, a cutter and a sharp knife, went to the legislator's house.

Bosso is said to have assisted Asiedu to enter the house by scaling the wall on the blind side of a security man who was fast asleep. On entering the house, Asiedu picked a ladder and climbed onto a porch on the top floor and entered the MP's bedroom through a window while Mr Danquah-Adu was sleeping.

While Asiedu was searching the room, the MP woke up and held him. A struggle ensued during which Asiedu stabbed the MP in the right chest above the breast. The MP consequently held the knife and Asiedu pulled it through the former's hand, leaving a deep cut in his palm.

The legislator bled profusely and fell by his bed, after which Asiedu stabbed him several times in his right chest and neck.

On realising that the MP was dying, Asiedu left the room and took with him three iPhones and absconded with his accomplice.