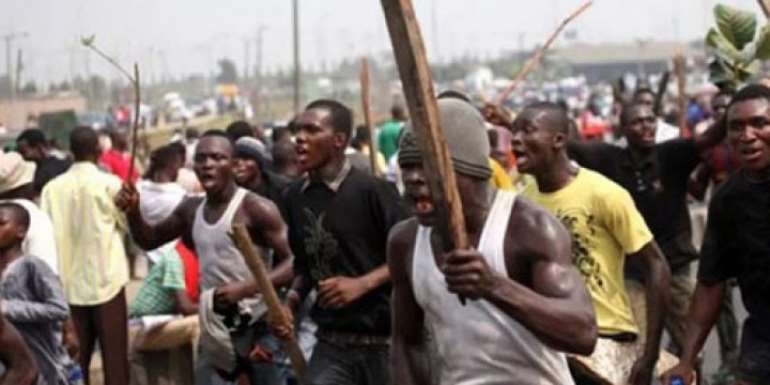 The National Peace Council (NPC) will be meeting the leadership of the ruling New Patriotic Party (NPP) as well as the opposition National Democratic Congress (NDC) today, April 9, 2019, to begin the dialogue to disband all vigilante groups affiliated to the political parties.

The meeting is at the request of President Nana Akufo-Addo, who has vowed to end party militia following the Ayawaso West Wuogon by-election gun violence which sparked a national debate on whether vigilante groups associated with political parties should be tolerated or not.

Ahead of today’s meeting, Chairman of the National Peace Council Mt. Rev. Prof. Emmanuel Asante, has indicated that he is confident the two main political parties will avail themselves to aid the process of dealing with the problem at hand.

“Tuesday's meeting is a technical meeting between involving committee members from the two Political Parties, NDC, NPP and the committee from the NPC”.

“We are meeting to discuss terms of reference and terms of engagements. Then we will be in a position to tell the public the venue and the timing for the mediation”, the national peace council chairman said in an interview on Joy FM.

Meanwhile, Chairperson for the National Commission for Civic Education (NCCE), Madam Josephine Nkrumah whiles speaking at the launch of its findings and recommendations for ‘ending political thuggery based on a series of stakeholder engagements’ in Accra on Monday, 8 April 2019 called on the two dominant political parties to commit to the process to help end party vigilantism.

“We would call on all political parties to come to that table in good faith and begin to commit to the process of disbanding party vigilante in our body politics. The lip service can no longer be tolerated”, She said.