What Next For Sudan's Bashir? 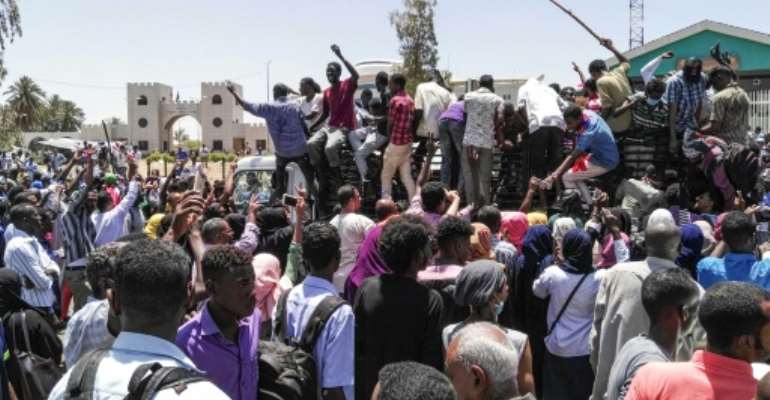 Sudanese protesters have rallied in front of the military headquarters in the capital Khartoum. By STRINGER (AFP)

As thousands of protesters in Khartoum demand President Omar al-Bashir resignation, demonstrators have called for the Sudanese military to back them.

So far the army has not intervened, but agents of the powerful National Intelligence and Security Service (NISS) and riot police have cracked down on demonstrators.

Bashir -- in power for nearly 30 years -- has refused demands to make way for a transitional government.

AFP spoke to conflict specialist Roland Marchal, a researcher at Sciences Po in Paris, about what could happen next.

"There are important debates within the army. The top echelons have been appointed by President Omar al-Bashir, but they are also officers with families."

"The trigger for the crisis is the economic situation. There are also debates about corruption in the regime, about Bashir's personal situation, and about the intervention in Yemen (Sudan joined a Saudi-led coalition against Shiite rebels in Yemen)."

"Bakri Hassan Saleh (vice president, close to Bashir) was dismissed on February 22. He had been seen as a main representative of the army since 1989."

"There is also the issue about armed groups... and so many questions about what neighbouring countries will do... But that does not mean the army will necessarily switch sides and back the demonstrators."

"It may be a turning point because the question of Bashir's departure is openly raised."

"The protesters are not politically structured. People are very dissatisfied but that's not enough. Nevertheless, the government has very limited choices to resolve this crisis."

"People who protest are also the children of the regime. And a bloody repression would lead to a reaction."

"The EU, for example, would be forced out speak out. So far the EU has been very cautious because it is worried about chaos, migration, radical Islamism... and Bashir's Sudan, at least, they know it. People do not like it, but it is a relationship without surprises."