How Anas Boy ‘Killers’ Were Nabbed 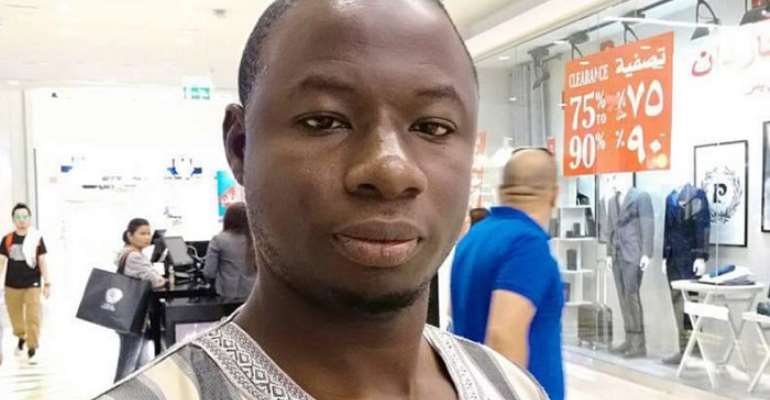 It's turning out that one of the men suspected to have shot and killed Ahmed Hussein-Suale, an operative of Anas Aremeyaw Anas' Tiger Eye Private Investigation Team, was indeed arrested and let off the hook by a police patrol team.

Circumstances under which the man was released by the police are a subject which has put the integrity of the patrol team and the law enforcement agency in general on the spot.

The two suspects were arrested by the team put together by the deceased's family, the second having been released by the patrol team on the way to the police station after he was handed over to a four-man squad.

A family spokesman, Alhassan Yunus, made the startling revelation in a narration which has provoked myriads of questions – the contrast between the family's version and that of the police raising eyebrows.

The first arrest was made at Ritz Junction in Accra at a location on the Madina-Adenta Highway after the Madina Police had been told about the plans, Yunus told DAILY GUIDE.

Following the murder of Hussein-Suale, he said, the family put up a group to assist the police in unraveling the conundrum, adding that a tip-off revealed that the suspect had been frequenting the location.

He said the police had told them about how dangerous the place was.

“We eventually arrested the suspect based on the intelligence we received, but the Madina Police told us that the case was beyond them and so the suspect should be taken to the Police Headquarters,” he revealed.

“We received another tip-off about a second suspect at a place called Polo Park near Kotobabi and not the location the CID chief put out in her briefing,” he continued.

A four-man patrol team from the Kotobabi Police Station, he disclosed, was notified about the group's intended operation to arrest the suspect at the location.

“They looked on as we undertook the operation leading to the arrest of the suspect. Some young men charged upon us but when we told them that he had murdered somebody, they allowed us to take him away,” he said.

The suspect had shaved off his hair to disguise himself, the family member told DAILY GUIDE.

The patrol team, he said, headed towards the Kotobabi Police Station with the suspect in their vehicle.

Alhassan Yunus said that he and the others proceeded to the Kotobabi Police Station to wait for the arrival of the patrol team and the suspect.

“We waited for a long time and when the patrol team arrived, the suspect was not with them. When we demanded the whereabouts of the suspect, the policemen said the suspect made a call after which they were asked to release him which they obliged. They claimed that there was an order from above for the release,” he said.

“When I asked why a suspect in a murder case would be allowed such a courtesy of a phone call and an eventual release, they could not give a convincing response,” he said.

The First Vice Chairman of the New Patriotic Party (NPP) in the Bono Region told Oman FM that a suspect in the murder of the Ahmed Suale-Hussein was arrested but allowed to go by the Kotobabi Police after receiving money.

Abronye's allegation was denied by the Nima Divisional Crime Officer Chief Superintendent/Mr. William Daah after the paper had made a call to the Kotobabi Police Station Crime Office to authenticate the story.

According to him, the Crime Officer told him that there was no entry about an arrest of that nature.

“Of course, there could have been an entry when the suspect was not even brought to the Police Station, having been left off the hook after the strange call and order from above as the patrol team alleged,” a security expert told DAILY GUIDE yesterday.

The family spokesman recalled the CID debriefing which sought to debunk the fact that a suspect was arrested which he found surprising because it was a true picture of what happened.

He also found it surprising that the CID claimed there was only one policeman at the time the family demanded a team to support them to make the arrest.

“The police version is not true,” he said with a shrug.

“It's amazing that after dealing with me since the murder, the Director-General would turn round and claim that I am not part of the family,” Yunus said.

“Who took her round when she came to find more about what happened?” he asked rhetorically, adding “today you are saying that I am not a family member.”

According to him, the family wants to know the person(s) that hired the killers for the murderous mission at Madina.