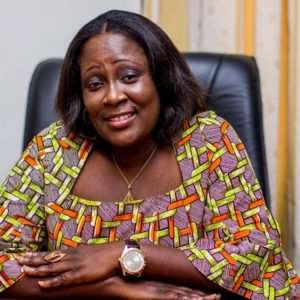 I write as a former Road Safety Ambassador of the National Road Safety Commission (NRSC). I have been compelled to file this petition out of concern about the spiraling rate of road accidents in the country, particularly in the last three years, which have claimed countless lives, maimed thousands and left many families and dependants in traumatic and economically disastrous situations.

To begin with, high rates of road accidents in this country is not a new phenomenon. Ghana is highly ranked amongst countries where road accidents have become a major killer. However, the last three years of 2016 up to 2018, have seen a dramatic rise that should set alarm bells ringing for government and for all well meaning Ghanaians.

Your Excellency, I have a strong conviction that the wanton spate of accidents on our roads in recent times can be blamed in large part on the National Road Safety Commission and its current leadership headed by Mrs. May Obiri-Yeboah, the Executive Director.

As road safety Ambassador, who is coincidentally a maimed victim of a road accident, I played a front line advocacy role on behalf of the NRSC without any financial support from the Commission, including sponsoring advertisements on radio and television to raise awareness about the devastating effects of road accidents. This is because I believe many of these accidents are caused by human errors and failures and public education and advocacy could make a great impact on road users, especially drivers.

Unfortunately, the Executive Director demonstrated pettiness and insensitivity towards the ideals of the Commission. Personal disagreements with personnel of the Commission has led to the resignation of key staff, including the Regional Managers of the Ashanti and Western Regions, who left out of frustration. As a result, the NRSC has failed woefully in its core function of promoting road safety. Currently, road safety education for the public has stopped completely under her watch and one key evidence is the absence of any road safety advert in the media, as I write, other critical programmes that could raise awareness among road users, particularly drivers, have been scrapped or curtailed. All of this goes to show the leadership failure that the NRSC is experiencing under Mrs.Obiri-Yeboah.

Your Excellency, I am by this petition pleading with you to relieve Mrs. Obiri Yeboah of her position as Executive Director and replace her with a more competent and purposeful leader. Mr. President, your efforts to curb road accidents in the country and make our roads safer will never yield results if the top leadership of the NRSC does not change and for as long as Mrs. Obiri-Yeboah continues to be the key decision maker in the operations of the Commission.

I trust that your sound judgement will guide you to make the changes required at the NRSC, in order to place it on the path of recovery and save the country from the road disasters that keep destroying lives and limbs and livelihoods.

Documents Suggests Undervaluing Of Airport Company Assets To...
22 minutes ago