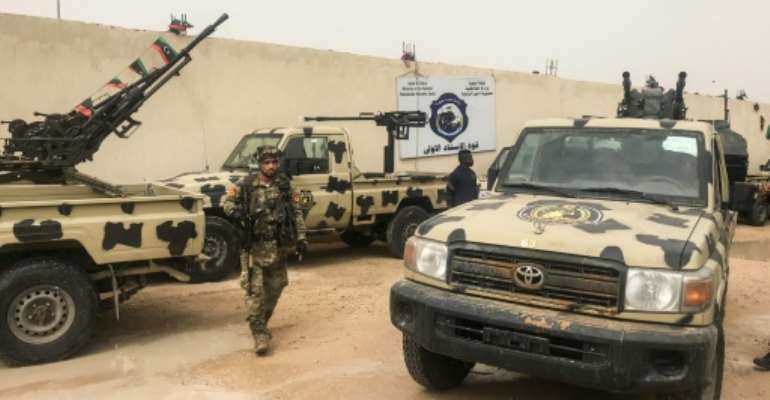 Libya forces loyal to commander Khalifa Haftar clashed with pro-government fighters south of Tripoli Friday, after UN chief Antonio Guterres sought to avoid a flare-up at talks with the strongman.

Haftar on Thursday launched an offensive to take the capital, held by a UN-backed unity government and an array of militias.

The lightning assault was met with international appeals for restraint and the UN Security Council was holding an emergency meeting.

Guterres met Haftar in the eastern city of Benghazi at the end of a visit to the chaos-hit country, but neither his self-proclaimed Libyan National Army nor the UN gave details of the talks.

"I leave Libya with a deep concern and a heavy heart," Guterres said in a statement.

"I still hope it will be possible to avoid a bloody confrontation in Tripoli."

Haftar's press office confirmed there had been "violent fighting on the edge of Tripoli with armed militias".

LNA forces briefly took over the ruins of a destroyed airport but were driven out by fighters from the capital, government interior minister Fathi Bachagha told Libya's Al-Ahrar television station.

"The fighting is currently taking place in the Gasr Ben Ghechir region" south of the airport, he said.

LNA spokesman Ahmad al-Mesmari said five fighters from his group had been killed in clashes over the past 24 hours, but insisted that it had made "an important step forward".

Earlier in the day LNA forces were pushed back from a key checkpoint less than 30 kilometres from the capital, checking their offensive. 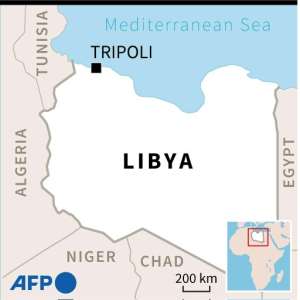 Pro-government militiamen from the coastal town of Zawiya, west of Tripoli, retook the base after a "short exchange of fire", a source said on condition of anonymity. 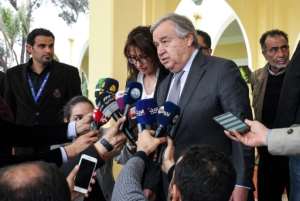 Dozens of them were captured and their vehicles seized, the security source said.

The Tripoli Protection Force, an alliance of pro-government militias in the capital, said its fighters had taken part in the recapture of the checkpoint.

A convoy of vehicles from Haftar's forces on Thursday pushed towards the city of Gharyan, some 100 kilometres south of Tripoli on Thursday, witnesses and military sources said.

Sarraj condemned the strongman's "escalation" and said he had ordered loyalist forces to prepare to "face all threats".

The announcement of the offensive came as Guterres was in Tripoli for talks with Sarraj ahead of a planned conference later this month on organising elections.

UN spokesman Stephane Dujarric said that despite the flare-up preparations were continuing for the April conference.

"At this sensitive moment in Libya's transition, military posturing and threats of unilateral action only risk propelling Libya back toward chaos," they said. 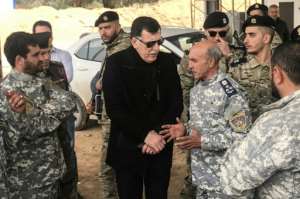 "We believe that the main thing is for any actions not to lead to renewed bloodshed," Kremlin spokesman Dmitry Peskov told reporters.

Haftar held talks in Riyadh late last month and his forces have reportedly received major arms deliveries from the UAE, including aircraft, despite a UN embargo.

They already overran most of the remote oil fields and oasis cities of the desert south during an offensive earlier this year.

The government's writ is now largely confined to the narrow coastal strip around Tripoli and third city Misrata to its east.