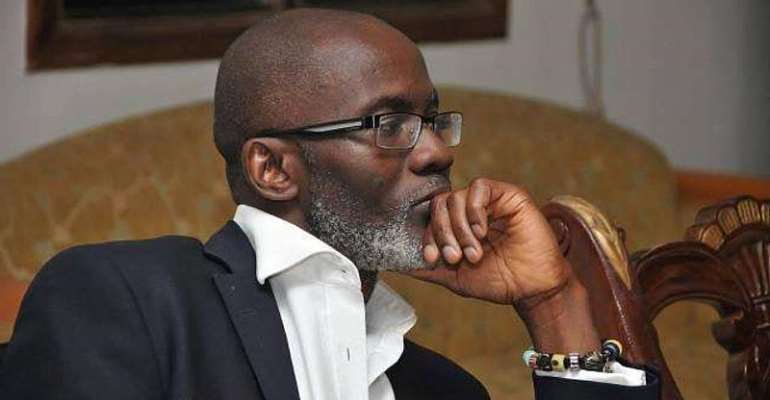 Gabby Asare Otchere-Darko, a cousin of President Nana Addo Dankwa Akufo-Addo and a staunch member of the governing New Patriotic Party has advised the government to ensure that the current erratic power supply is resolved permanently or else...

According to him, the intermittent power challenges popularly known as Dumsor has electoral consequences and has the potential to negatively affect the political fortunes of the NPP government if it is not fixed.

The founder of the Danquah Institute in a lengthy Facebook post on Tuesday, April 2, stated that Ghanaians voted out former President John Mahama and his government for various reasons including their inability to fix the power challenges that bedeviled the nation.

His post comes a day after the Energy ministry downplayed calls for a timetable in the ongoing power cuts in the country.

The recent bout of challenges in electricity supply comes barely two weeks after the Energy Minister John Peter Amewu assured that the situation will stabilize in five days.

Addressing a news conference Monday morning, the deputy Energy Minister, William Owuraku Aidoo, said enough measures have been put in place to deal with the situation.

But according to Mr. Otchere Darko, the Energy Minister and his team are capable of resolving the current crisis.

Below is the full post by Mr. Otchere Darko:

Amewu and his team are clearly working under very difficult circumstances in their efforts to fix the current situation to keep the lights on. Ghanaians are getting very unhappy and not only because of this temporary power cuts situation but also because they say they are given no clear prior notice that their area will be affected before the lights go off. That is not on! Again, we should also remember that Ghanaians will not forgive this Govt if this temporary situation is not fixed properly and permanently, which from all indications should be fixed well and I have every confidence in the capacity of Amewu and his team to deliver.

However, history tells us that when you give a deadline deliver on it! It has serious political consequences if you don't! The nightmare of over 4 years of dumsor under the NDC is still alive in our memories. Please note: only John Mahama and his campaign will 'benefit' from a resurrection of dumsor!

The people remember all so bitterly the multiple promises John Mahama gave since August 2012, repeated in 2013, renewed in 2014, revived in 2015 and reinforced in 2016 and yet, not a single one of them to kill dumsor was met until the electorate finally decided to turn off his presidential light on 6th Dec, 2016. It can happen to any Govt that fails to deliver on this all important service. You fail on power you lose power. Simple!

The report below of 28 May, 2014 reminds us all so well of how Mahama and his Govt toyed with us over their incompetence to tackle dumsor.

Read the news extracts from the link (Myjoyonline) below:

“President John Mahama had indicated that normal supply of power will resume in October 2012, but that was missed. Undeterred, he promised that the power rationing will end by November 2013, but that date too was missed.

“Following in footsteps of predictions, the Minister of Energy and Petroleum Emmanuel Armah Kofi Buah also stated that the load shedding would end by the first week of May 2014. It has worsened.”

And, on and off our lights were and on and on the false promises continued until the NPP took over. Dumsor has electoral consequences!

"You Were Not A Vice President When MoMo Was Introduced 11ye...
1 minute ago