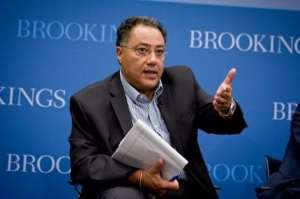 The World Bank has lamented over the high cost of internet in low-to-middle income countries, including Ghana.

The Bank’s Vice President for Africa, Hafez Ghanem, who made this observation when he paid a courtesy call on the Minister of Communications, Ursula Owusu-Ekuful, urged her to adopt measures to bring the cost down.

A research findings released in October 2018 by the Alliance for Affordable Internet (A4AI) showed that more than 2.3 billion people live in countries where just 1GB of mobile data is not affordable.

In her response, Mrs. Owusu-Ekuful said the government of Ghana has already begun processes aimed at pushing the cost of internet down in the country

She said there will be an industry forum early next month to force a consensus on the way forward.

Mrs. Owusu-Ekuful also stated a high-level engagement with the regulator and the industry operators had been ongoing for some time now to promote greater infrastructure sharing and competition with the aim of forcing the internet cost to fall.

“There’s a huge appetite for data in this country which we are not being able to meet and so we see that there’s an opportunity, there’s a commercial opportunity for the private sector to also take advantage of.

“So we have begun having meetings around several issues including; sim registration, equipment identity registration among others to clean up that space and make it more secured and less easy for people to use their devices for formulating criminal activities. We are going to have an industry forum early next month to put all these conversations forward and force a consensus on the way to go,” she added.