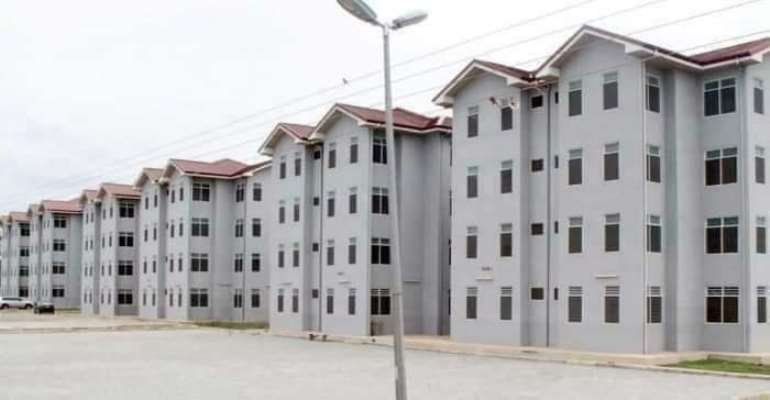 Following the successful completion of the construction of 168 units at Community 3 in Tema for use by the Bureau of National Investigations (BNI), the government contracted Amandi Holdings Company, a member of STL (an Israeli company), to construct the 368 units which contains 128 3-bedroom and 240 2-bedroom units in 23 blocks, named Paradise Barracks.

Thus the Paradise Barracks becomes the maiden modern barracks for the service.

The nonexistence of barracks has negatively affected the mobilisation of personnel to emergency responses, in effect undermining operational effectiveness.

As a result, the then Chief of Naval Staff, Rear Admiral Geoffrey Mawuli Biekro (rtd), initiated the project. 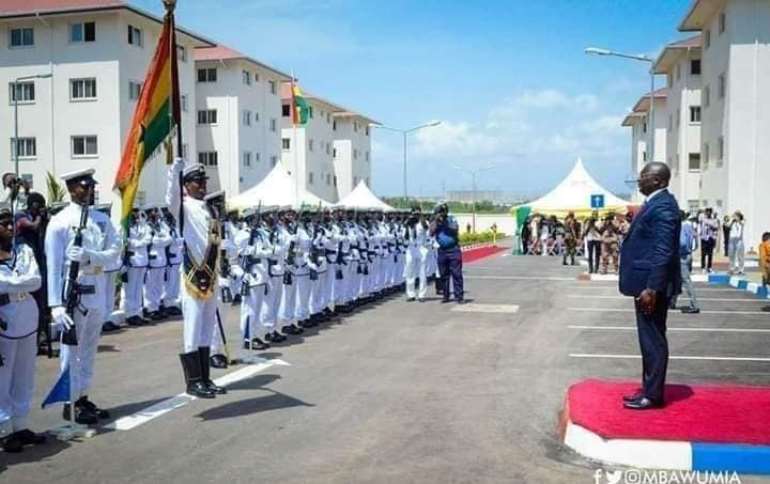 Speaking at the commissioning, the Vice President observed that government's main consideration for the continuation is that community matters a great deal in the support of families and that it is therefore prudent for personnel of GAF to have decent and better accommodation without the stress of where and how to find comfortable residencies for their dependents.

He intimated that the modernisation of facilities and the improvement of accommodations for GAF in military barracks will contribute positively to the morale and esprit de corps of security services.

The Veep hinted that in a fortnight, government would roll out a program it calls the Barracks Regeneration Program, starting from Tamale, in the Northern Region, to invest in rehabilitation and upgrading of living quarters, nationwide.

Dr Bawumia also revealed that 10,000 housing units are to be constructed for GAF, Police, Prisons, Immigration Service, National Fire Service and the Judicial Service and that, government is in talks with Amandi Holdings for Phase III of the Security Services Housing Scheme, soon to be kick-started. 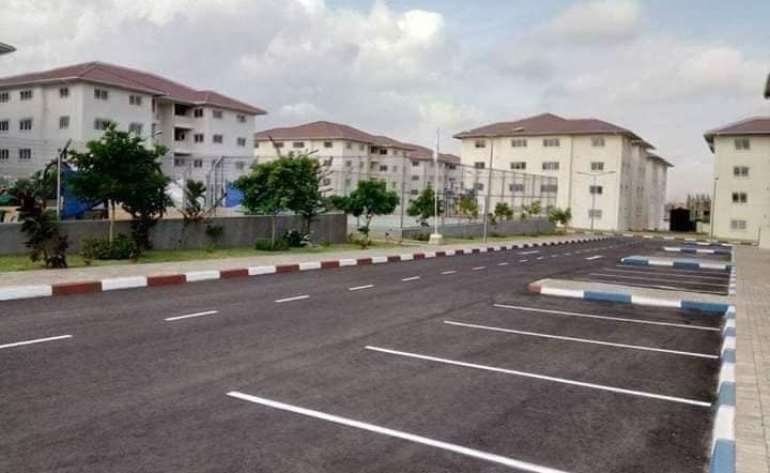 He further disclosed that two other structures which are in the neighbourhoods of Paradise Barracks, started in 2007 but abandoned later on, have been restarted with the Social Security & National Insurance Trust (SSNIT), as is happening in all other SSNIT projects such as in Borteiman, Koforidua, Kpone, Asokore-Mampong, Tamale and Wa.

On his turn, the Minister of Defence and Member of Parliament for Bimbilla, Dominic Nitiwul urged all traditional authorities, not to demand compensation from government after they gift lands willingly for GAF's development.