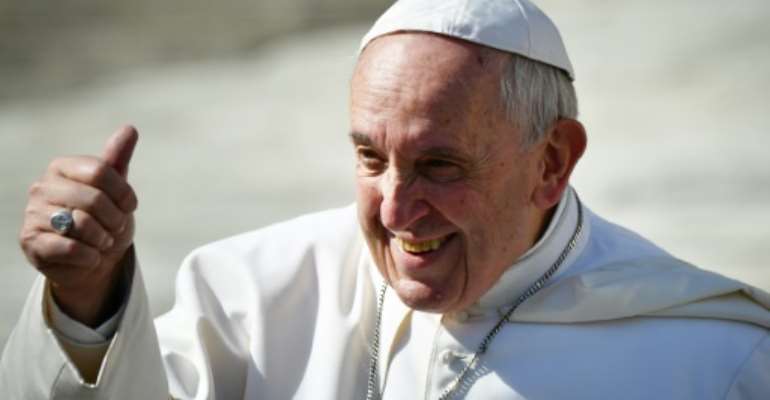 The two-day visit by Pope Francis to Morocco will include a mass in a Rabat stadium Sunday. By Alberto PIZZOLI (AFP)

Pope Francis heads to Morocco on Saturday, the first pope to do so in 35 years, with interreligious dialogue and immigration on the agenda.

The Argentine pontiff will be welcomed by the North African country's population of around 30,000 Roman Catholics, mostly sub-Saharan African students or migrants headed for Europe.

Up to 10,000 are expected to attend a mass in a Rabat stadium on Sunday, a first in the 99-percent Sunni Muslim country since Jean Paul II visited in 1985.

Following on from his visit to the United Arab Emirates in January, the papal mass will come the day after meeting the "Commander of the Faithful" King Mohammed VI and other senior religious leaders.

The spiritual leader of the world's 1.3 billion Roman Catholics has repeatedly called for religious tolerance and dialogue and his visit is keenly awaited by the country's Christian minority, including those who have converted from Islam.

Freedom of religion is inscribed in the Moroccan constitution, and during World War II King Mohammed V famously refused to cooperate with Nazi roundups of Jews.

"We dream of a free Morocco that takes responsibility for its religious diversity," the Christian Moroccan Coordination said ahead of the visit, hoping for a "historic occasion" for Morocco to "move forward in this direction".

According to the constitution, "Islam is the religion of State, which guarantees freedom to worship for all." 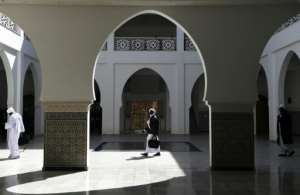 Unlike in Muslim-majority countries such as the UAE, apostasy in Morocco does not carry the death penalty.

A religious official in Rabat who asked not to be named said that in Morocco "discretion is the name of the game".

Muslims can convert, but proselytising -- described as "shaking the faith of a Muslim or converting them to another religion" -- can be punished with up to three years in prison.

"Pope Francis's visit is important, for the fight against fanaticism, cultural blinkeredness, of intolerance but also... for positive interactions between religions, peoples and civilisations," said Morocco's ambassador to Paris, Chakib Benmoussa.

Pope Francis has said he would have liked to have gone to Marrakesh in December when over 150 countries signed the United Nations Global Compact for Migration. In the end he sent the Vatican's number two, Pietro Parolin.

The non-binding pact hoped to draw up a framework to deal with the global challenges of migration.

Francis will on Saturday meet migrants at the Caritas Diocesan Centre and give a speech. 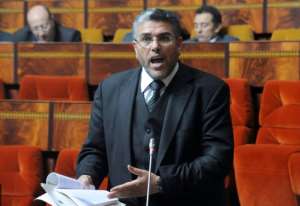 Migrants are increasingly crossing the Mediterranean from North Africa to Spain since Italy all but closed its ports.

The Church has set up several such reception centres in different Moroccan cities, staffed by Christians and Muslims.

Morocco says that it has a "humanist" policy towards migrants but is regularly criticised by rights groups for mass arrests aimed at distancing would-be migrants from the Mediterranean.

When Jean-Paul II visited in 1985 he an interreligious meeting for 80,000 youths in a stadium.

Then King Hassan II was the first Arab head of state to invite the pope to visit, and he himself visited the Vatican in 1991.