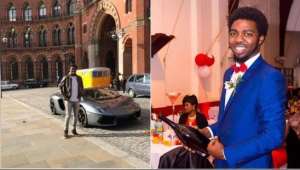 Time has apparently catch-up with a young UK-based Ghanaian, who has mastered the craft of duping unsuspecting Ghanaian women on social media in an extraordinary faction all in the name of marriage.

He claims to run a charity organisation and displays opulence in order to disguise his clandestine activities and grand deception. He is a serial online romance scammer.

The Ghanaian prema-donna, who has been described in some circles as an embodiment of insolence and profoundly immoral, usually parades himself as Captain Yankson, even though he has not seen the four corners of a military barracks in his entire miserable life.

The fraudster goes by the name ‘Derrick Evans’ when dealing with a more gullible client, our checks revealed.

What is more, ‘Derrick Evans’ uses his ‘charity’ Derrick Cares Foundation as a piggy bank to extort monies from unsuspecting organisations. He takes seat of honour at events to receive all the plaudits, but usually leaves without giving anything.

Unmarried young career women are his cash cows as he tricks them with fake marriage proposals to dupe them of their hard earned money.

A young Ghanaian woman who has fallen victim to ‘Derrick’s nefarious activities who got in touch with this journalist told her terrifying story on how she has lost fortunes to him after promising to marry her years ago.

The young career woman (name withheld) narrating her ordeal revealed that she and Derrick Evans became friends through social media after he sent her friend request on some time back.

She said their social media friendship continued for some time until Derrick introduced himself as a Ghanaian soldier serving as a Captain in the UK Army, and subsequently proposed love to her.

The young Ghanaian woman who has now become a victim of ‘fake love scam’ said the two kept on having phone and WhatsApp conversation until Derrick started making some financial demands from her.

With Derrick Evans ‘sugarcoated’ words and ‘fake’ marriage promise, the victim, whose name withheld sadly said she did realized she was being scammed until losing her substantial amount of money to the UK-based Ghanaian online ‘fraudster’.

“I have realized everything about him is fake and he doesn’t serve anywhere in the UK Army as a captain as he made me believed,” the victim said.

She also added that Derrick operates with the help of another young lady who he introduced to her as his personal assistant. 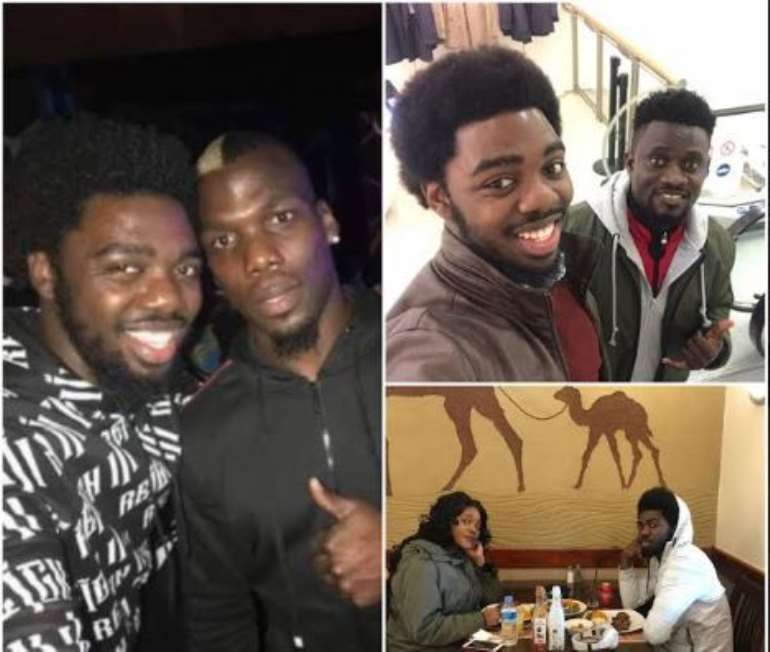 In a bid to legitimize his dubious deals, Derrick Evans, who also parade himself as the nephew of former Accra Mayor, Nii Agyiri Blankson has adopted a smart move of taking photos with Ghanaian celebrities who visit the UK and sharing them on social media in order to lure more unsuspecting young women.

Checks conducted by this journalist revealed that Derrick Evans, the so-called philanthropist is running fake NGO with the plagiarized name ‘Derrick Cares’ foundation and publishing fake news about his charity projects in a bid to extort monies from unsuspecting donors. 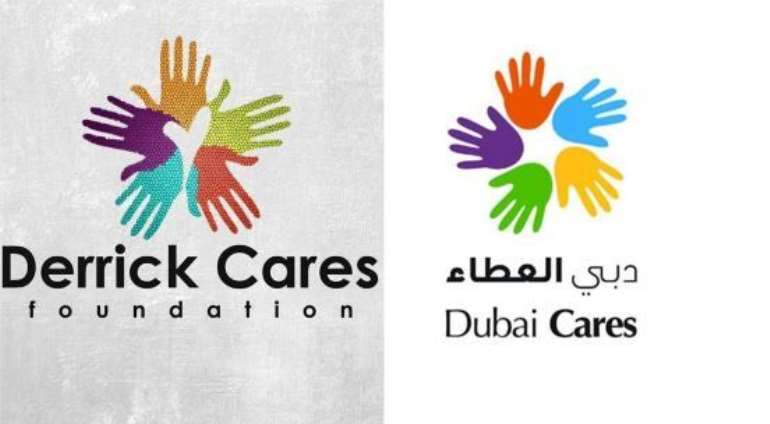 Further investigations into the activities of the Ghanaian ‘con man’ also revealed that he has been holding fundraising parties using the name of Ghana’s National Chief Imam, Sheikh Dr. Osmanu Nuhu Sharubutu, and former Inspector General of Police to design posters of fundraising dinners around the country for himself. 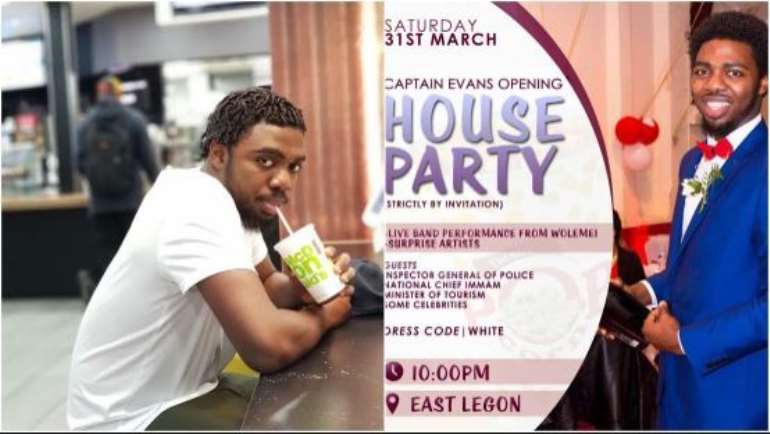 Meanwhile, our checks indicate that Derrick Evans has since pulled down his influential Instagram page with username ‘Captain Yankson,’ after facing a series of threats of being exposed by his victims. 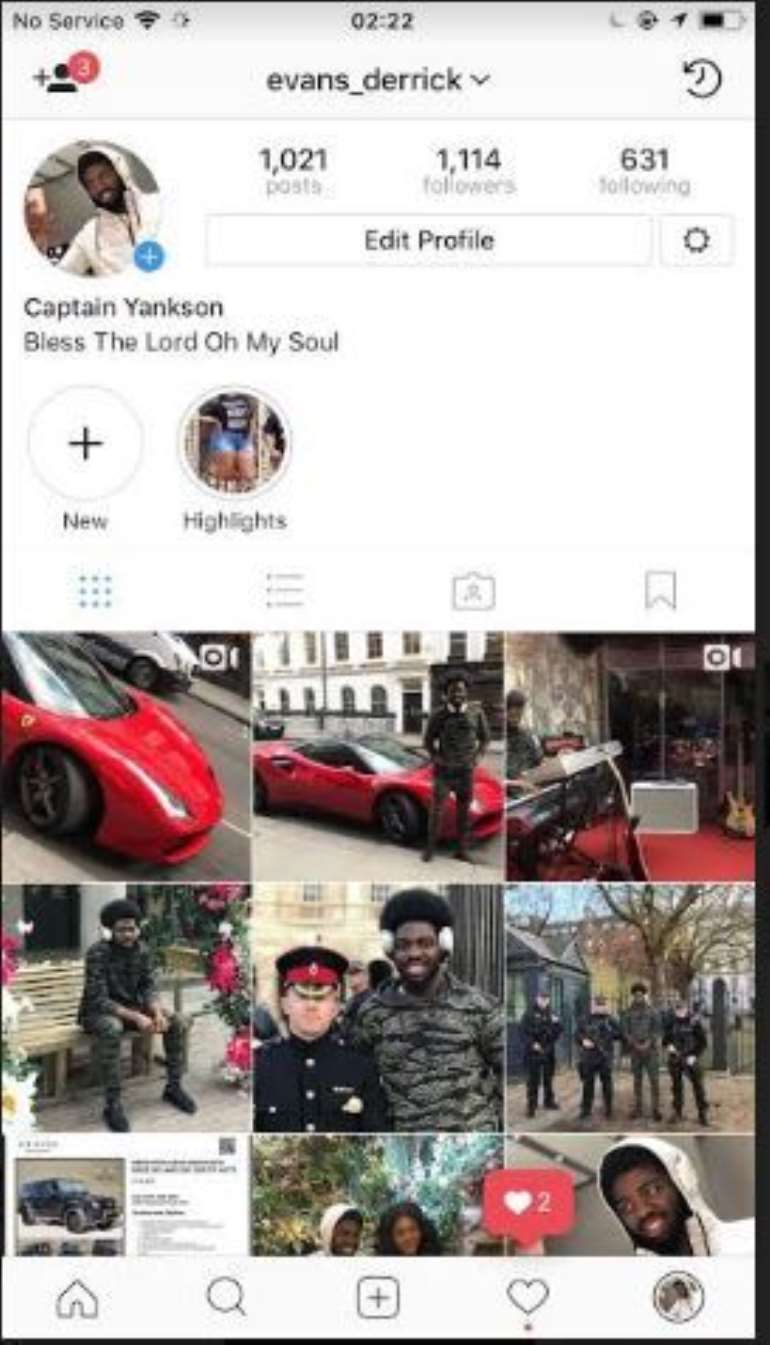 Derrick has since pulled down his over 1,000 followers Instagram page for fear of being exposed