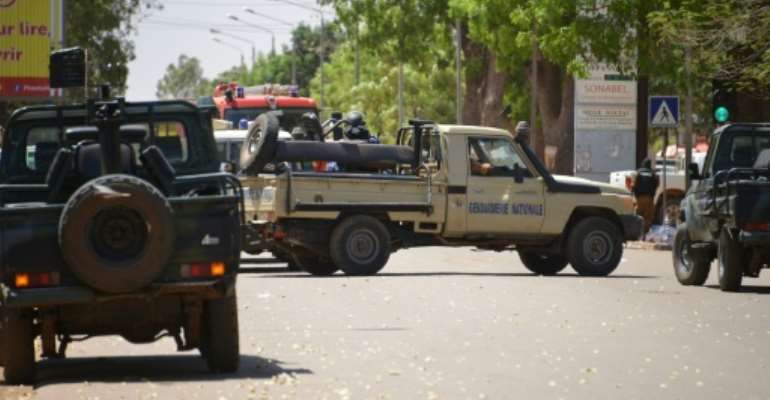 More than 300 people have been killed iN Burkina Faso in four years of jihadist attacks, and the capital Ouagadougou has been hit three times, most recently in March 2018. By Ahmed OUOBA (AFP/File)

More than a million people in Burkina Faso, a country plagued by jihadist violence, are in need of humanitarian aid, the UN and the government said Thursday as they launched a plan to raise $100 million for an emergency plan.

"Burkina Faso is facing an unprecedented humanitarian emergency caused by persistent insecurity in the Centre-Nord, Est and Nord regions," the government and the UN Office for the Coordination of Humanitarian Affairs (OCHA) said in a joint statement, adding there were "1.2 million people in critical need of assistance."

More than 300 people have been killed in Burkina Faso in four years of jihadist attacks, according to an AFP count.

The capital Ouagadougou has been hit three times, most recently in March 2018.

"We must act now and work together to prevent this crisis from spiralling out of control," said OCHA coordinator Metsi Makhetha.

"The humanitarian community is collaborating closely with the government and will deepen cooperation with development, financial, private organisations and other actors in efforts to address the insecurity, and seek lasting solutions for communities to prosper," she added.

The government and OCHA announced an "emergency plan" to raise $100 million to provide food, water, housing, healthcare and protection to some 900,000 people hardest-hit by the ongoing crisis.

"Our common goal is to ensure dignity and protection for the affected population, and we are determined and committed to achieve this goal," said Helene Marie Laurence Ilboudo, Burkina Faso's minister of humanitarian action.

According to OCHA figures, about 676,000 people in the country risk food insecurity this year, and 130,000 children are threatened by severe malnutrition.

Some 83,000 people have been forced to flee their homes due to the continuing violence. More than 1,000 schools have been closed, depriving 150,000 children of an education.

About 120,000 people do not have access to medical care in areas most affected by the violence.