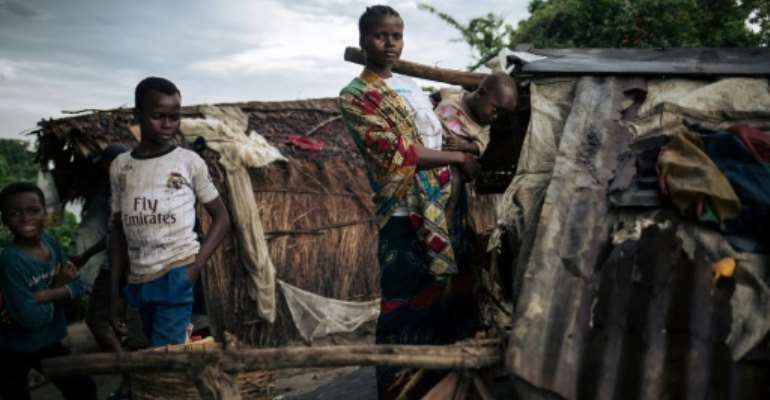 Several hundred displaced people in DR Congo have found refuge on islets of the Congo River after fleeing a tribal massacre in mid-December that claimed at least 535 lives. By ALEXIS HUGUET (AFP)

Wounded in the head and chest and with her children in tow, Miniunga Bonkita fled to the haven of an island in the Congo River, a sliver of land between two nations.

"I stumbled across the assailants as I was returning home," the young mother told AFP.

"They shot at me," she said. "I fell and then they started beating me."

More than 500 fellow members of the Banunu community were slaughtered on December 16-17 in Yumbi, a remote region in western DR Congo -- a massacre whose full details are only now emerging, almost two months later.

Bonkita found refuge with her children and about 100 other Banunus on Moniende island in the river that has given its name to countries on both banks: the vast Democratic Republic of Congo, once ruled by Belgium, and the smaller Republic of Congo, a former French colony.

Yumbi, located in Mai-Ndombi province, lies about 400 kilometres (250 miles) north of Kinshasa, reached by a difficult two-day boat trip from the capital.

At least 535 people were slaughtered, according to a UN toll based on a count of the bodies.

Almost all the victims were members of the Banunu ethnic group, hunted down by armed men from the Batende community.

Authorities have presented the killings as an act of spontaneous violence -- tensions between rival communities that exploded in a dispute over the burial of a Banunu tribal chief.

But several sources in the area told AFP that the bloodbath was carefully planned using military-style tactics, and some assailants wore army uniforms.

At least 16,000 people have fled over the river to the Republic of Congo, many of them seeking shelter in the district of Makotimpoko, according to authorities in Brazzaville. 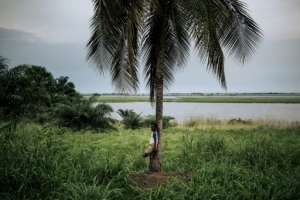 "They came in dugout canoes, some of them paddling with their hands because they had no oar. They were bare-chested, without clothes," said Father Gicquaire, the priest at Makotimpoko.

Bosukisa Montole, cradling a son who had been wounded in the neck, said: "We rushed to the river to try to escape. We were lucky because we didn't run into people with weapons on the way there. But when we were making our way across in the canoe, my child and my wife were shot at."

Survivor Lobota Lifuna said: "As we fled, we could see the Batende chopping children into pieces on the river bank."

AFP reached Bongende, the worst-hit of four villages in Yumbi, with at least 339 residents slain. 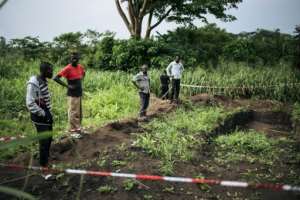 Almost two months after the attack, the fishing village was almost completely deserted.

The houses have been burned down, looted and destroyed, and the silence is heavy.

No one is there apart from a contingent of naval troops deployed to guard the area, and Beladi Kaninda, a local villager who acts as a sort of macabre tour guide for the rare visitor.

"There are nearly 100 bodies in this common grave -- in the other one over there, nearly 70," said Kaninda.

Photos and amateur videos made in the days after the massacre show that mutilation, including the genital mutilation of women and young girls, was carried out almost systematically.

"We are worried about the psychological repercussions" for survivors, said Fabrizio Andriolo of Doctors without Borders (MSF), one of the very few medical teams in the area.

"They have no wish to go home. They are afraid," a UN High Commissioner for Refugees (UNHCR) official said in Makotimpoko. 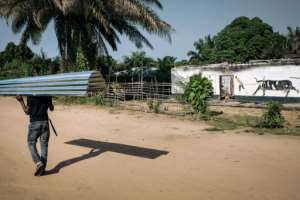 The slaughter also meant the postponement in Yumbi of the December 30 presidential election, long awaited in the vast country with a huge mineral heritage and a sorry history of bloodshed.

The killings have been blamed officially on the row over the burial of a tribal chief, but local people say there is a deep-rooted rivalry over resources.

The Batende lay claim to ownership of the land in Yumbi.

"The Banunu came here after us. They don't want to respect our traditional rights. They exploit our land, our fields, our water sources. Normally they are obliged to pay tribal duties each month. That's the reason for all this conflict," said Ejekiel Mabiala, head of the Batende community at Molende, south of Yumbi.

Eyewitness accounts and evidence seen by AFP suggests that the attacks were not only premeditated but had support from local authorities and elements within the security forces.