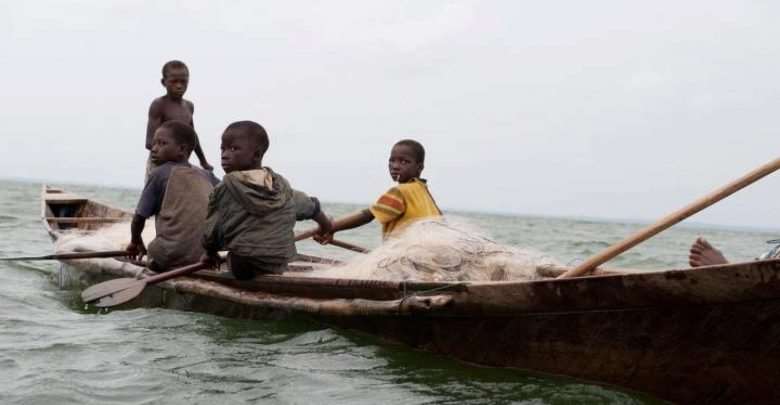 Don’t get it wrong, this image was not taken on a weekend or late afternoon, they were taken on a normal school hours. These kids were busy fishing in muddy waters along a highway in early school hours. Do you blame these young ones? No. Do you blame their parents? Partly, but not entirely. Our local governments, traditional leaders and central government are to be blamed for putting the future of these kids in jeopardy. Every adult has ever been a child, and we all can relate with how we would rather want to vacate the classrooms and engage in some of these activities when we were kids. Some of us are where we are today, or we are able to contribute more meaningfully to the development of this country because we had parents or a system which made sure we stayed in class in our early years of education/development to be educated.

Not long ago, our days of Primary School through to the then Junior Secondary School, you couldn’t go out during school hours anytime you missed class. You feared you would be punished by an adult member of the community or be reported to school authorities for missing school. The punishments which accompanied missing school were deterrent enough to prevent one from missing school. As a matter of fact, if those child control mechanisms were not in place during those days, a lot more of us [including me] would have probably found ourselves on the streets today.

What has changed? A lot has changed now. Kids now miss school and loiter in our communities in the full glare of members of the community. Go to our markets, majority of these minors who should have been in school engage in businesses during school hours in our markets. This ugly situation is not different from what happens on our highways/streets. A chunk of minors, who are the future of this country engage in street hawking during school hours. Maybe “they” don’t see them when “they” zoom pass them in their luxury cars.

Could there be any relationship between the current level of absenteeism among pupils at the lower levels of our educational system and the poor academic performance at our Junior High, Senior High School and Tertiary levels? Instead of engaging in the annual ritual of blaming teachers at higher levels of learning for students’ poor academic performance, let’s also make that national effort to begin to explore some of the hypothetical relationships mentioned above scientifically. After all, it’s common knowledge that one cannot put up a magnificent building on a weak foundation.

What is civil society doing about this canker? Why are child right activists not acting? Is this not a matter worth considering by parliament? You may argue that this should be the responsibility of the Ministry responsible for Gender and Social Protection, but I think the magnitude of this challenge shouldn’t be left for the aforementioned Ministry alone to handle. What we need is a collaborative effort from Government and other players such as parents, chiefs, local governments and civil society to put stringent measures in place to deter children from missing school. Putting community task forces/watchdogs in place to ensure no child of school-going age is seen on our streets, market places and in our communities during school hours could be worth considering.

In all these, let’s not forget of the fact that we are signatory to the new Global Goals, and have made pledges to uphold and operationalize its 17 goals in Ghana. What then is Ghana’s level of commitment to Sustainable Development Goal 4? And why are we leaving these children behind on our journey to transforming this country through education?

Let’s go beyond attending conferences, workshops and signing on to international treaties and walk the talk!

Forbes names Akufo-Addo 'African of the Year'
16 minutes ago