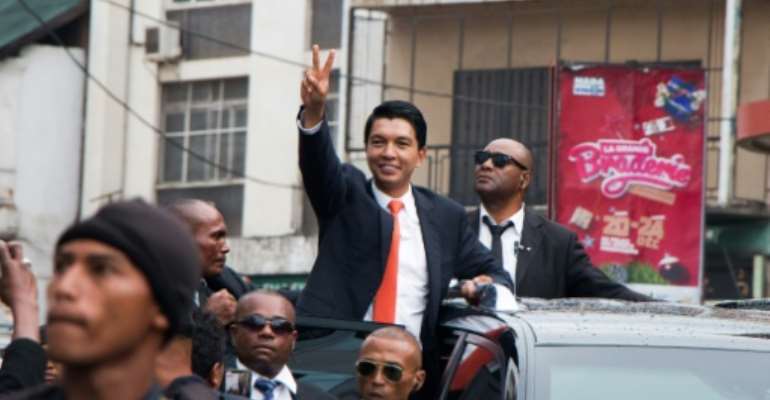 "The leadership should be an example for the Madagascan people," Rajoelina said, demanding "rapid results" from the new government. By Mamyrael (AFP)

The lineup includes 21 ministers and one deputy minister, compared with a 30-strong team in the previous government.

"This measure was taken with a view to austerity and a reduction of public spending," Rajoelina told reporters. "The leadership should be an example for the Madagascan people."

He demanded "rapid results" from the team to be led by Prime Minister Christian Ntsay, who headed an interim unity government for six months in the runup to the December election.

Rajoelina, 44, said the government's work would be evaluated in six months. "And in a year, we will determine who has met the challenges and who has failed."

Among the cabinet picks, Tianarivelo Razafimahefa was kept on as interior minister despite accusations of fraud by Rajoelina's campaign rival Marc Ravalomanana.

Rajoelina regained power in the Indian Ocean by winning a second-round vote in December against Ravalomanana after polls in which both sides alleged ballot fraud.

Rajoelina first ruled from 2009 until 2014 after he was installed by the army when then president Ravalomanana was ousted following violent protests.

In his inaugural address Rajoelina pledged to fight corruption in a country where politics and business are widely seen as beset by graft.

The former French colony is well known for its vanilla and precious redwood, yet is one of the world's poorest nations, according to World Bank data, with 76 percent of people living in extreme poverty.

The island, which is also famed for its unique wildlife, is dependent on foreign aid and has a long history of coups and unrest.