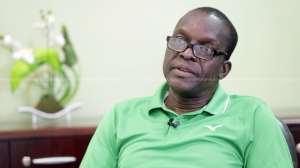 Presidential hopeful of the opposition NDC, Hon. Alban Bagbin, is advocating for the prosecution of presidents if they commit crimes as well as honouring their tax obligations.

Hon. Alban Bagbin has therefore called for the reversal of the provisions in the Constitution which grant the President immunity from prosecution and paying taxes.

Article 57 (5) of the Constitution states that “the President shall not, while in office as President, be personally liable to any civil or criminal proceedings in court.”

Article 68 (3) also exempts the President from paying taxes while serving in office.

Speaking on Eyewitness News on Tuesday however, Mr Bagbin argued that in a country that values the rule of law and is committed to fighting corruption, it doesn't make sense for the incumbent of former President not to be subject to prosecution and conviction should they flout any laws.

He added that as the head of state, the President should be mandated to pay taxes as an indication of its importance to the public.

“One of the things I want to see in our Constitution is for that immunity for our Presidents to be removed. They should be the first to be subjected to the law, why should they be exempted? Like [immunity from] paying taxes, commission of crimes and all those things don't make us all equal before the law. We need to use some of these things to fight corruption. The President should pay tax, why not? Leadership by example.”

Alban Bagbin, who is also the second deputy Speaker of Parliament and the Member of Parliament for Nadowli Kaleo also said that he will scrap the payment of end-of-tenure benefits known as ex gratia, which are made to certain public office holders including the President.

According to him, the payment of ex gratia was not serving the purpose for which it was created and was instead causing a drain on the national finances.

Speaking on Eyewitness News on Tuesday, Mr Bagbin, said that any entitlements due these public office holders should be outlined in their contracts with the state when they serve in office.

“As President, I will do away with the whole idea of ex gratia because I don't think that it's serving the purpose for which it was established. It's a complete waste. It's a contract employment and the contract will identify your entitlements but not ex gratia.”

Article 71 (1) and (2) of the 1992 Constitution stipulates that the salaries and allowances of the Executive, the Legislature, and the Judiciary paid from the Consolidated Fund would be determined by the President, on the recommendations of a committee of not more than five persons appointed by him and acting upon the advice of the Council of State.

Article 71 office holders include the President, the Vice-President, the Speaker of Parliament, the Chief Justice and Justices of the Supreme Court.

The rest are Members of Parliament (MPs), Ministers of State, political appointees and public servants with salaries charged to the Consolidated Fund but enjoying special constitutional privileges.

The payment of ex gratia to former public office holders is a controversial issue in Ghana, with details of the payments made to these officials, particularly former presidents, generating massive public interest.

In recent years, however, arguments have surfaced about the number of officials who benefit from the ex gratia payments and whether there is a need for the payments at all.

In 2017, a Ghanaian lawyer, Elikplim L. Agbemava, went to the Supreme Court seeking clarification on some of the benefits enjoyed by the Article 71 office holders.

The lawyer wanted presidential staffers who benefit from salaries, allowances, and privileges like the Article 71 office holders, to be stripped off such gratuities claiming it “is inconsistent with Article 71 and therefore unconstitutional.”