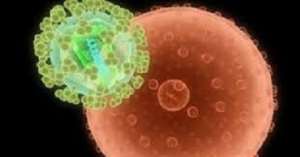 To date, 70% of the population has not been tested. As early as 2003 was for 0.378% of non-African origin and already the Jewish citizens are aware of the HIV. For 66 countries, more shrewd and 50 states are known to smaller infestation rates.

While since 2004, worldwide, the number of new HIV infections decreases. Has been taking part in Israel since 1995, especially under steady manners. By the year 2012, 7,023 people were reported to have HIV. 65% of them were men.

The increase of 96% of HIV in Jewish Israeli males was reported, but only 4% in Arab-Israelis, (population 16%.). In the year 2010, 5,000 people died of HIV-infection, a permille to Aids. As for the population in New York and Washington, consequences are high followed by Israel.

Meanwhile, the Orthodox faiths, Lubavitch, Satmar, and Bobov, make 20% of the infection, are not identifiable with regard to their HIV-virus affliction.

After the previous circumcision of 80% of the newborn boys, today is a large part of HIV-affected people, can be found in the USA, a larger HIV affected 0,6%, contrary to Japan, Norway, Sweden and Finland with only 0, 1%.

Also, in the USA, as in Israel, the HIV-relatedness of Orthodox people was hidden. The concerned Tzvi Aryeh Foundation, New York, works under complete secrecy.

The United States with an above-average rate of HIV yearly infection, 10,8 per100,000, the percentage of 2,2% of Jewish people.

Sub-Saharan Africa remains most severely affected, with nearly 1 in every 25 adults (4.4%) living with HIV and accounting for nearly 70% of the people living with HIV worldwide.