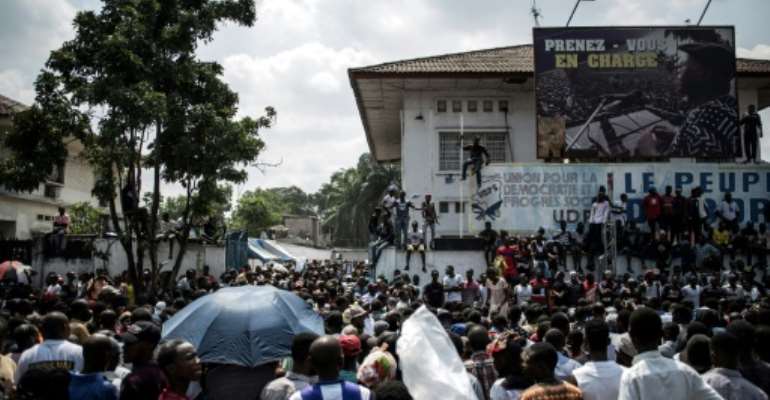 Supporters of Felix Tshisekedi have been celebrating his victory after the release of the official results, despite allegations of a fix from the second-placed candidate. By John WESSELS (AFP)

Parties supporting outgoing Democratic Republic of Congo president Joseph Kabila won a majority in long-delayed legislative elections, according to an AFP tally of results released Saturday, as the opposition sought a recount of the disputed presidential poll.

Pro-Kabila parties had passed the 250-seat threshold required to secure a majority in the 500-seat national assembly, according to collated results from the Independent National Election Commission (CENI).

More than 15,000 candidates were running in the poll, which determines who will control parliament for the next five years.

Pro-Kabila candidates had secured 288 of the 429 seats so far declared, with 141 going to the opposition.

The huge central African country, which straddles an area the size of western Europe, has been in the grip of a two-year political crisis triggered by Kabila's refusal to step down when his two-term constitutional limit expired at the end of 2016.

A presidential election to choose a successor was delayed three times before finally taking place on December 30, the same day as the legislative poll.

The poll's runner-up Martin Fayulu, an opposition candidate tipped by pollsters as the likely winner of the vote, told supporters on Friday he would demand a recount.

He said he would challenge Corneille Nangaa, head of the election commission "to produce the tally reports from polling stations in front of witnesses" and Congolese and international observers.

Provisional results released on Thursday gave Felix Tshisekedi, a rival opposition candidate, 38.57 percent of the vote, just ahead of Fayulu with 34.8 percent.

The declared result was a surprise to many observers of the mineral-rich but poverty-stricken country, which has suffered two major wars in the past 22 years, as well as bloodshed in elections in 2006 and 2011 that saw Kabila returned to office.

Pre-election opinion polls had flagged Fayulu as clear favourite while Kabila critics predicted an outcome rigged in favour of Shadary.

The powerful Roman Catholic church bluntly said CENI's provisional result "does not correspond" with data that its 40,000 election monitors had collected at polling stations.

Fayulu's bloc on Friday said he was the true victor, claiming he had garnered 61 percent of the vote.

Candidates have 48 hours after the result to file any appeal, and the Constitutional Court has a week in which to deliberate.

"We don't expect the election to be annulled, but (a decision in favour of) a recount," Fayulu said.

Polling day had unfolded relatively peacefully, but suspicions over the count have deepened.

The turmoil has darkened hopes that the country will have its first peaceful handover of power since it gained independence in 1960.

International reactions to the results have been guarded.

Most leaders issued statements calling for any disputes to be resolved peacefully, but notably lacking any congratulations for Tshisekedi. 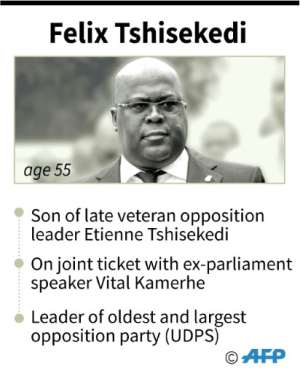 Competing appeals in the dispute were pitched to the UN Security Council on Friday.

CENI chief Nangaa, speaking by video conference, pleaded for "the new authorities to be supported by the international community".

Bishop Marcel Utembi, head of the Catholic church's conference of bishops, urged the Security Council to ask CENI to release the records of vote-counting at polling stations to allow for verification.

Analysts said they believed Kabila, 47, had sought to avoid the expected backlash and international condemnation that would have followed had Shadary -- the candidate he publicly supported -- been declared winner. 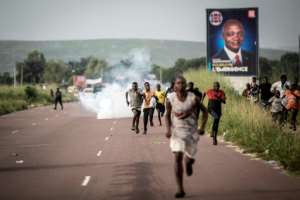 According to this scenario, he therefore struck a deal with Tshisekedi, head of the country's oldest and biggest opposition party.

Some commentators suggested Kabila would have sought immunity from prosecution for his iron-fisted 18-year rule, and protection from assets seizure in return for offering his support.

Thursday's pre-dawn announcement brought thousands of Tshisekedi supporters onto the streets in celebration, while others who had backed Fayulu came out to protest.

The authorities late Friday imposed an 8pm-5am curfew in Kikwit, a Fayulu stronghold in the west of the country, city mayor Leonard Mutangu told AFP.

Seventeen police were injured, he said, denying earlier reports of police fatalities. A relay station of the national radio and television broadcaster, RTNC, was also ransacked, he added.

In the eastern city of Goma, at least one person was killed, officials said.