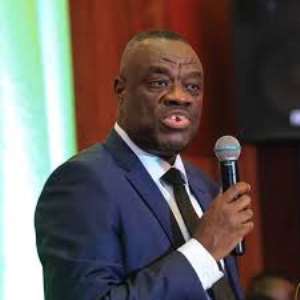 Some of the project initiatives that dominated and informed the decision included Presidential Pitch, a Business Idea Contest that gave support to 20 beneficiaries with seed fund ranging between GHc25,000 and GHc50,000; The National Entrepreneurship and Innovation Plan (NEIP) program which offered support to 7, 000 young entrepreneurs with start-ups and small businesses across the country among others.

Other initiatives included Planting for Food and Jobs under the Ministry of Food and Agriculture which reduced importation of maize and other foodstuff into the country; Double Track System under the Ministry of Education which has given a chance to many young students to have free secondary education; the creation of the six (6) regions which ended with a successful referendum on 27th of December 2018, Ghana Football Association (GFA) and ace journalist Anas Aremeyaw’s #12 expose` saga leading to the formation of the normalization committee and many others.

According to FAKS’ CEO, Fred Yaw Sarpong, the survey took place between the months of October and December, 2018. This was the 7th edition since they started assessing the performance of ministers and their deputies, regional ministers, MPs and others. Respondents were students, petty traders, journalists, MPs, civil society organizations (CSOs), traditional rulers, academia, business owners, commercial drivers and the general public.

Hon. Mohammed Mubarak Muntaka (MP for Asawase Constituency) was adjudged the overall best MP, according to the survey.