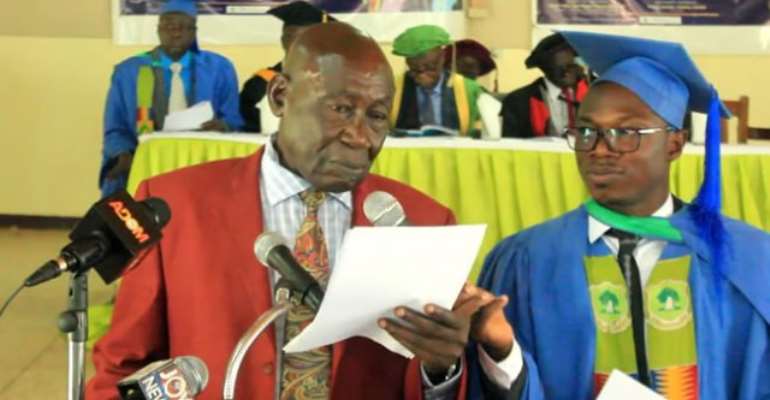 Amoako Atta Fosu said it will help reduce the growing unemployment situation among graduates in the country.

Speaking at the maiden Congregation at Pastoral Center in Sunyani, where 56 students graduated with Masters Degree and Post Graduate Diplomas, he expressed their gratitude to the students for their faith in the university, and also appreciated all who contributed in the success story of the college.

He said, the Education of OD as an applied behavioural science that deals with the health of an Organisation among others, continue to grow in Africa.

The Vice Council Chairman noted that to reduce graduate unemployment, government must support the OD initiative which trains students to be self-sufficient with the ability to create jobs.

“The graduate unemployment Association will collapse if government can put money into OD education. Products of OD become self-sufficient, and they can create their own jobs”, he said, but “Why is it that we don’t support such initiatives?”

Mr Fosu said CCOD has become a globally recognized tertiary education provider, with a unique product impact even as they roll out partnership and decentralize OD education in Ghana. 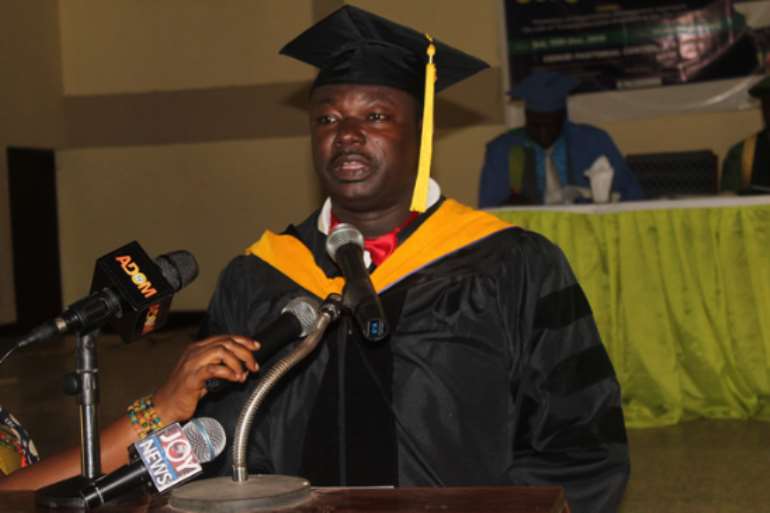 The Vicar General, Catholic Diocese of Sunyani, Rev. Dr Monsignor George Kwame Kumi, revealed the enormous impact OD is having on the Sunyani Dioceses with a pledge to continue exposing all Catholic Church leaders to it, to ensure effective management administration of the dioceses.

On his part, the Vice Chancellor, Catholic University College of Ghana, Prof Daniel Obeng Ofori, charged the graduates to impact and help change the world with the knowledge acquired from the University, adding that, good morals and human values will be key in effecting the needed change in the development of Ghana.

Prof Obeng Ofori further reminded graduands much is expected of them in the real world and they must strive to over overcome the challenges with the tenacity of purpose.

In his speech, the President of CCOD , Dr. Gabriel Gbiel Benarkuu, said African students require a new mindset that can develop through specific learning objectives which will create self-awareness and expand their consciousness. 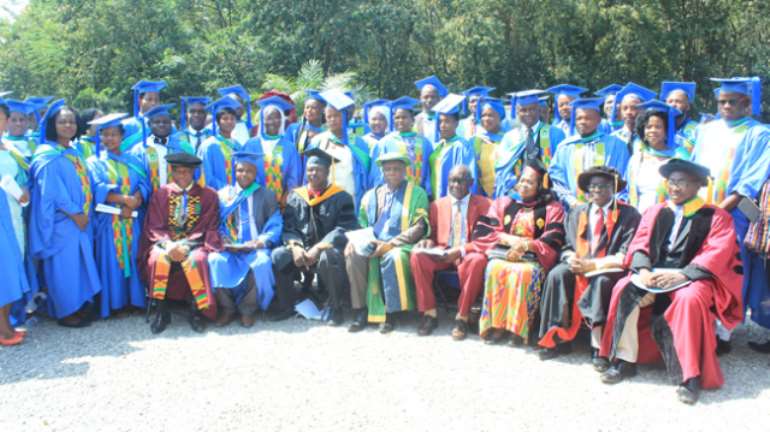 According to him, CCOD, the premier Technical OD University in Africa, is the answer as their programs are well tailored and contextualize to suit African Organizational situations.

Dr Benarkuu admonished the graduands to manifest the unique training imbued in them in every endeavour they find themselves.

Dr. Benarkuu announced the Universities plan to introduce special programmes such as BSc OD and Audit and Executive Mastery in OD and Appreciative Leadership.

Some graduands who spoke to Joy News said already the impact of OD is playing influential roles in their fields of work.

CCOD, which started some five years ago, is affiliated to the University of Development Studies, UDS, in Tamale.

With a handful of students during the initials years, the University with its main campus in Sunyani in the Brong Ahafo Region can boast of a growing number of student now pursuing different graduates and post graduates programmes in Organisational Development, OD.