By Charles Bouessel with Amaury Hauchard in Libreville 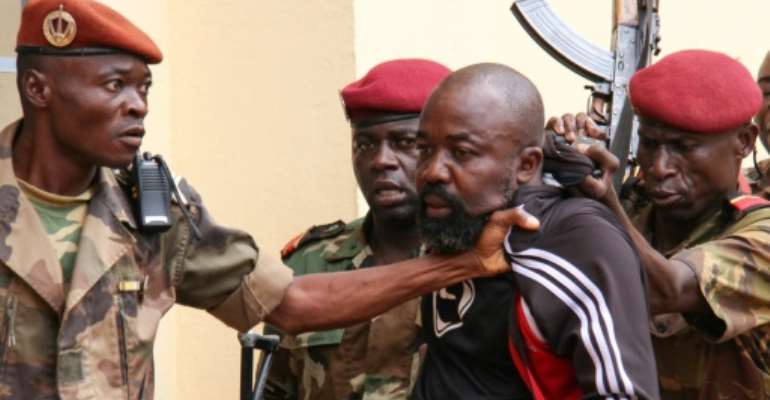 Central African MP Alfred Yekatom aka "Rambo" (C), was arrested in October after he fired a gun inside the parliament in Bangui. By Gael GRILHOT (AFP/File)

Central African Republic (CAR) lawmaker and former militia leader Alfred Yekatom was extradited to The Hague Saturday to stand trial at the International Criminal Court probing war crimes and crimes against humanity, the first such move by the conflict-ridden country.

A government source said the charges against Yekatom, a former militia leader within the so-called anti-balaka movement involved in sectarian bloodletting, were not specified.

"The plane will arrive in The Hague at about 2030 GMT," the source told AFP.

The ICC launched an investigation in September 2014 into crimes committed in the country since 2012.

Yekatom's militia operated in the south of the country. In 2015, he became the target of US sanctions for suspected attacks against Muslims, civilian deaths, and for using 153 child fighters.

A former army officer, Yekatom was elected to parliament in 2016. He was arrested in October for opening fire inside the legislature while its new president was being elected.

"It's a strong message to the leaders of armed groups," said Pierre Brunisso from the International Federation of Human Rights watchdog. "Those who think they can claim an amnesty at the negotiating table are mistaken."

In continuing violence however, a Bangledeshi peacekeeper died late Friday after an attack on a UN base and a priest was found burnt to death, the UN and Catholic Church said after sectarian clashes that claimed nearly 40 lives.

The soldier died of injuries sustained in the raid on a military base in Gbambia in the country's west, the UN mission MINUSCA said.

The attack lasted for about 45 minutes and sent residents fleeing into the bush, the UN said. 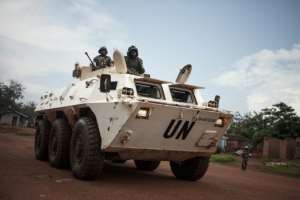 Tanzanian soldiers from the UN peacekeeping mission patrol a town threatened by the Siriri group of Fulani cattle herders. By FLORENT VERGNES (AFP/File)

The UN said the group had attacked Gbambia in mid-June. A Tanzanian UN peacekeeper died that month after Siriri staged an ambush in the region.

Meanwhile, the priest's charred body was recovered in the central town of Alindao, Father Mathieu Bondobo, vicar-general of the main cathedral in Bangui, told AFP.

On Friday, the UN said 37 deaths were confirmed in Alindao -- including that of another priest -- while 20,000 people were affected by the violence. "Thousands" were forced to flee.

The bloodbath began Thursday when Christian militiamen killed Muslims, prompting revenge attacks during which a church was set ablaze.

Alindao is a stronghold of the Union for Peace in CAR (UPC), a Muslim militia. It has witnessed chronic fighting in recent months that has also killed other UN soldiers and a humanitarian aid worker.

In response, Christians, who account for about 80 percent of the population, organised vigilante units dubbed "anti-balaka," in reference to a type of machete.

Alindao controls a critical route traversing the south and east of the country and is in the heart of a region with numerous gold and diamond mines that have helped fuel the conflict. 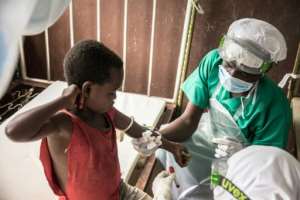 The UN warned in September of a "disastrous" humanitarian situation in a part of the CAR it said was under the control of armed groups. By CHARLES BOUESSEL (AFP)

The government controls only a small part of the country.

The UN has about 12,500 personnel deployed in Central Africa as part of its MINUSCA mission, one of the world body's largest peacekeeping forces.

The UN Security Council voted Thursday to temporarily renew the mandate of the mission until December, amid heated debates about its ability to stem the unrest.