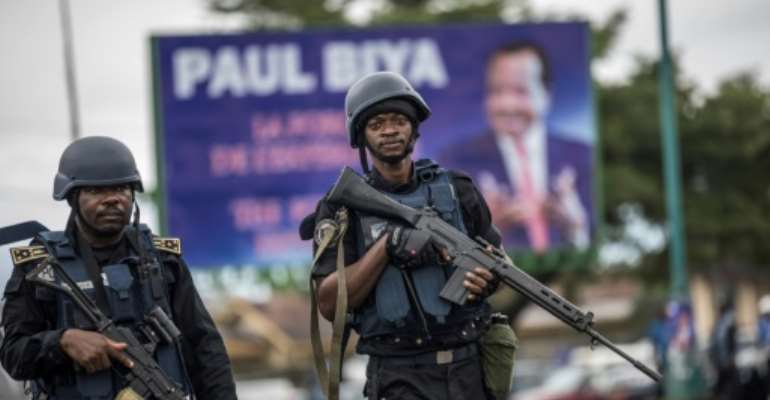 A Cameroon military tribunal has dropped a lawsuit against a TV presenter from the country's restive anglophone region who was detained for several days last week accused of "attacking state security", her lawyer said Monday.

Mimi Mefo, who heads English news for privately-owned Equinoxe broadcasting, was released from detention on Saturday after being charged by a military in the commercial capital Douala on Wednesday.

"The tribunal ordered that the lawsuit be stopped," said the journalist's lawyer Me Alice Nkom, adding that Mefo had attended court to hear the decision.

Mefo was charged over a social media post which said the army was responsible for the death of US missionary Charles Trumann Wesco who died in October after an attack in the English-speaking Northwest region, her lawyer said earlier.

Nkom said her client had also posted the government's version of what happened -- that Wesco had died after a raid by anglophone separatists.

After she was released, the army's spokesman Colonel Didier Badjeck said the decision to stop the prosecution was taken personally by President Paul Biya as "a gesture of magnanimity."

In 2016, anger at perceived discrimination in education, the judiciary and the economy fanned demands for autonomy there.

A year later radicals declared an independent state -- the "Republic of Ambazonia" -- taking up arms soon after.

Militants on Monday released three more hostages -- two students and a staff member -- after a mass kidnapping last week in which 83 people, mostly students, were seized from a school in Bamenda, capital of the Northwest Region. Seventy-nine pupils were released on November 7.

"The three hostages released are two students and a staff member. There is one last staff member whose release we have not yet confirmed," said a regional administrative officer.

Separatists have since attacked troops and police, boycotted and torched schools and attacked other state symbols, prompting a brutal official crackdown.

Fighting in the English-speaking regions has killed between 450 to 500 civilians, 185 members of the security forces and hundreds of armed separatists think-tank International Crisis Group said in a report this month.

"The Anglophone conflict is gradually turning into a civil war," it added.

According to an October update by the UN's refugee agency OCHA, there are a total of 437,000 people from the anglophone regions displaced within the country, while some 27,000 people have fled to Nigeria.

Biya, 85, who was sworn in for his seventh term in office this month, has ruled out secession for the English-speaking regions, home to around a fifth of Cameroon's 22 million people.