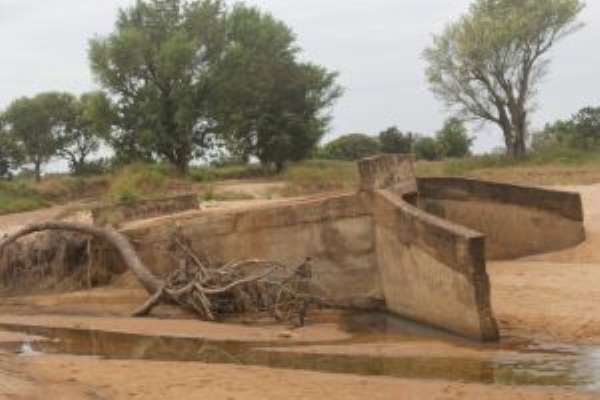 Residents of the Nyansa-Fiisa-Kalibiisa electoral area of the Builsa North District in the Upper East Region are appealing to government to fix the only bridge that connects them to the district capital and build a Community Health Planning Services (CHPS) center for them.

According to them, they are cut off from the district business center during the rainy season and the absence of a health center in the area is negatively affecting quality healthcare delivery, hence their call.

The Nyansa river divides the Nyansa-Fiisa-Kalibiisa electoral area into two and the only bridge that gives residents access to the district business center collapsed four years ago making accessing social services difficult for them.

Pregnant women are sometimes compelled to deliver at home due to the absence of the health center in the catchment area.

Because the only means of transport in the area are motorbikes, the collapsed bridge makes it difficult to get health care at the Sandema hospital during the rainy season.

Some community members expressed their concerns to Citi News.

A nursing mother Bernice Adumpo said, “The collapsed bridge is affecting us. Whenever our children are sick, we cannot take them to the hospital. If a woman is in labour like the way I was…it was sad how they sent me to the hospital so government should construct our bridge and a health center for us”. 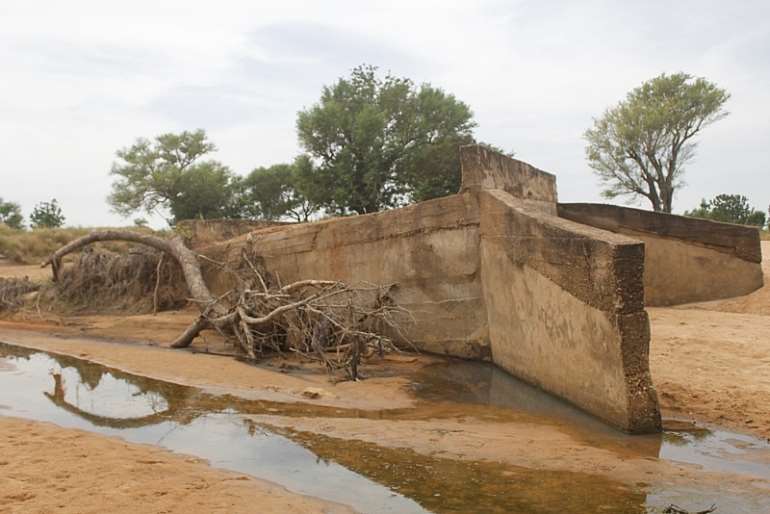 “If someone is sick or pregnant, there is no means to take us to the hospital early. Because of this, the person can die or lose the baby. So, we want the government to come to our aid,” Ajuibili Alice stated

Akanyachaab Lamisi added that “if rain comes, some people cannot cross to go to the market. Pregnant women are compelled to deliver home and so we want government to fix the bridge and a health center for us.”

The Headmistresses of Nyansa primary school Adams Ayisha says the condition has also affected enrolment in the only school serving the area.

“The collapsed bridge has affected teaching and learning. When it rains both pupils and teachers absent themselves and we send a report to the district office indicating why we can't go to school. As a result, some parents have withdrawn the wards from the school, reducing our enrolment from over 200 pupils to 167”

However, the assembly member of the area, George Amarnah, said plans were in place to get a new bridge constructed for the people.

“The bridge collapsed before I became the assembly member but I wrote to the assembly. The District Chief Executive David Afoko got the bridge awarded to a contractor so we are hoping the contractor commences work during the dry season”.

The Builsa North District Director of Health, Dr. Samuel Angyogdem, also expressed optimism that the area will get a health center by next year.

“We are taking steps to get the people of Nyansa-Fiisa-Kalibiisa who are usually cut off during the raining season electoral a health center. We have triggered the processes and are hoping that by the end of this year we would have finished, and the construction of the health center will commence by next year”.