Ho: OLA Girls SHS overrun by lesbianism - Parents pulling out of their wards 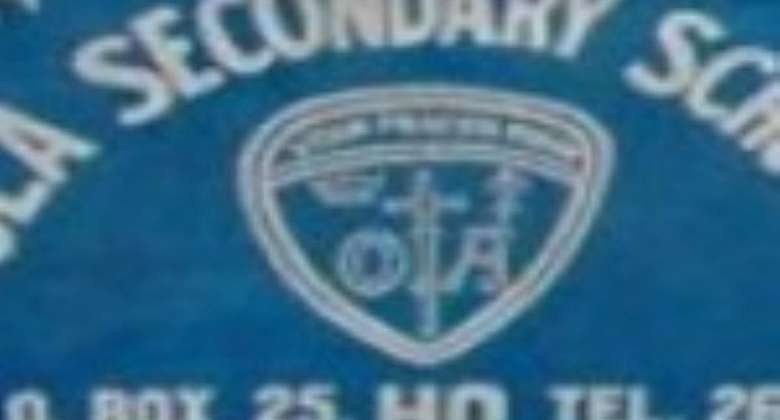 A lot of people has expressed worry at how lesbianism has gained roots in Girls-only Senior High Schools in the country.

According to some people, the spate of the abominable act in girls’ schools demands both government and divine intervention to stamp it out.

Speaking to Agyapaonline.net some parents who have pulled out their wards from OLA girls Senior High School Ho, has alleged that it has become a norm that some of the seniors in the school forced the form one girls to be their lesbian partners.

One of the students speaking to our correspondent said she was harassed sexually by some of the seniors every night.

"Sometimes they will call you and undress you trying to finger you, I have to resist soo many times but the act still continues, I remember one night a senior came to sleep beside me on my bed, she started touching my breast, so I have to sit on my chop box the whole night".

"My daughter called me and she was crying on the phone, and ask her what was the problem and she said she has been forced into lesbianism, I was shocked. So I came and yes it was true I meet some parent who is here to take out their wards because of the evil act", one parent told Agyapaionline.net.

Over the past decade or more there has been news items featuring stories of homosexual students caught in sexual activities in various Senior High Schools across the country.

In 2014, an old student of OLA Girls SHS at Kenyasi in the Asutifi North District of the Brong-Ahafo Region told the whole nation that lesbianism has taken roots in the school. She claimed that the practice has become a norm in the school as seniors coerce and harass juniors into the act.

Then in February 2017, two male students in Mawuli Senior High School in the Volta Region were reported to have been caught while having canal knowledge of each other. According to some students of the school who spoke to DAILY Guide, that was not the first time and would probably not be the last time students engage in homosexuality in the school.

The increasing spate on homosexuality in this instance cannot be squarely ascribed to globalization. Exposure of students to their mates with same-sex sexual orientation significantly account for this phenomenon.

There are numerous instances of students engaging in homosexual activities in Senior High Schools across the country. Some have been done without anyone finding out while others have been exposed.

This act still takes place presently and will continue in the future unabatedly unless a drastic measure is put in place.