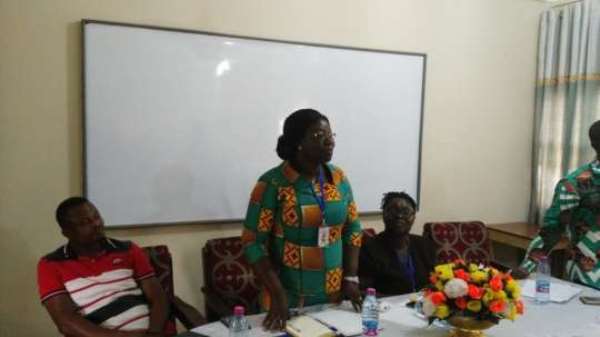 The network is made up of representatives from the Domestic Violence and Victims Support Unit (DOVVSU), Department of Social Welfare, Children's Department and the Ghana Education Service.

Seventy-four of the pregnant girls could not write the examination, said Mrs Beatrice Mamle Nkum, the Brong-Ahafo Regional Coordinator of Girl-Child Education.

Interacting with a section of the media in Sunyani, Mrs Nkum said teenage pregnancy remains a huge impediment to the growth of girl-child education in the region.

A greater percentage of these girls, the Girl-Child Education Coordinator said, were unable to pursue their education to higher heights.

These girls did not complete primary six or Junior High School, she said, adding that the completion rate for girls in basic school for the 2017/2018 academic year stood at 46.8 per cent.

Mrs Nkum said girl-child marriage was also an issue that was prevalent, especially in Muslim communities, saying 'once an adolescent girl is married, it is rare she remains in school'.

She said though the Criminal Code Amendment (Act 554) prohibited compulsion in marriage, the Act was still being secretly practiced in areas such as Tain and Banda Districts as well as the Atebubu-Amanten, Wenchi and Kintampo North municipalities of the region.

As Ghana joins the world to mark the 2018 International Day of the Girl-Child, Mrs Nkum appealed to the media to intensify advocacy to promote girl-child education.

The International Day of the Girl-child which falls on October 11 every year was instituted by the United Nations to highlight and address the needs and challenges that girls encounter while promoting girl's empowerment and fulfillment of their human rights.