Nigerian Families And The Minimum Wage 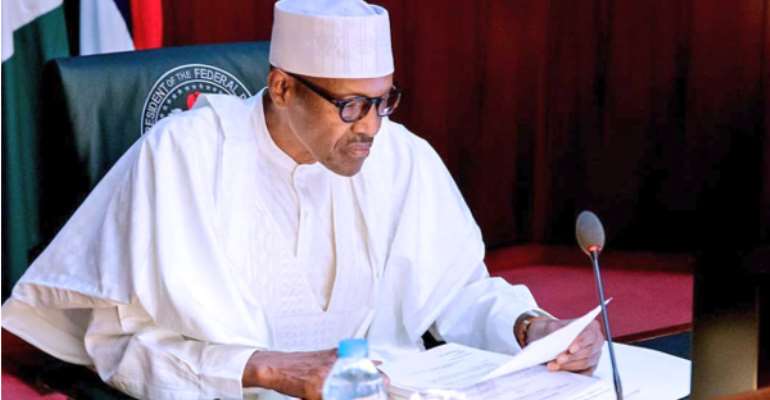 When Nigerians massively defied heavy rains and voted Gen. Buhari and his All Progressive Congress party into government in 2015, it was in the hope that the change the party promised them would bring much relief from what they all thought at the time was the cluelessness of Dr. Jonathan’s administration. They had high hopes because APC made strong commitments to change, or so it seemed at the time. They had confidence in the APC perhaps because political manipulators had succeeded in capitalising on the very few weak indices in the administration of President Jonathan to the extent that Nigerians were ready to accept anyone else but Jonathan as President.

Therefore, it scarcely made news when recently President Buhari reeled out to the country his achievements in his first three years leading up to the last quarter of his first tenure, and in preparation for his second term bid as Nigeria’s Head of State.

On paper, those achievements appeared voluminous even to academicians and the book-minded. But in reality, how had those “changes” transformed the life of the average Nigerian for better? Ask anyone on the streets of Nigeria’s major cities or even the country’s remote villages and the answer would be just about the same. Many would be eager to declare to you that no changes for better have actually taken place in three years. If any changes have happened at all, they are changes that have widened rather that bridged the gap between the rich families that have access to the national treasury and the poor families that daily battle with poverty, unsure when to eat their next meal – underpinning the country’s inadvertent or perhaps planned slide on well oiled wheels towards a feudalistic society.

And so we ask: what arrangements have been put in place to ensure, for instance, that there is social fluidity in the Nigerian society? What changes has the APC government put in place in three years to ensure that there is social mobility and that Nigerian children born into poor families are not trapped in poverty, and that they have the ability to rise above poverty and access positions in the governance structures of their local communities, their local councils, their states and their country? At the end of the day, these are the issues that count in the arduous march towards true democracy.

And so, it was not a surprise that the Nigeria Labour Congress and its affiliates decided to embarrass the government by targeting the period the country was to celebrate its independence to press on its demand for a new minimum monthly wage for its numerous members across the country. The NLC and its affiliates marched in protest and embarked on a three-day “warning” strike that affected the entire workforce, days before the independence celebrations of 1 October.

Workers in banks, institutions of higher learning, the civil service, the petroleum industry, the private sector, the aviation and maritime industries and so on, all were required to stay away from their workplaces in the days leading up to first October. And they did. And so, anyone can see that if the strike continued, not only would the government collapse, the country would get back into recession, there would be an increase in crime rates, more pressure would be put on the police to cope with the situation on the ground and the country would eventually come on its knees.

But before all that would or would not happen, it may be necessary to look around, and know what other workers at least within the ECOWAS community are experiencing. What is the experience of the average worker in neighbouring countries like Ghana, Mali, Sierra Leone, Liberia, Guinea Bissau, among others? Perhaps knowing their condition can help Nigeria find the way forward.

One very peculiar fact about most of these ECOWAS countries is that their minimum wage is calculated on a daily, not monthly, basis as is the case in Nigeria. In such a way, it is easy to observe whether families are living above or below the poverty level prescribed by the United Nations. And I think there is nothing wrong with Nigeria coming along with the others this way.

In Ghana, the minimum monthly pay is the equivalent of £32.40. In Mali, reputed as one of the poorest ECOWAS countries, it is the equivalent of £23.96. In Sierra Leone, it doesn’t seem that the government there has seen any need to institute a minimum wage policy but it is estimated that more than 72% of the population lives on less that US$1 a day – a case of extreme poverty. And they have politicians who come to London and America to spend millions of dollars. In Liberia, skilled workers’ minimum daily pay is US$6 or £4.60 and for unskilled workers it is US$4 or £3.07. So, a skilled worker in Liberia earns about £124.20 a month while the unskilled worker earns about £82.89 a month. In Guinea Bissau, the annual minimum wage is US$993 or £761.38 and that is £63.45 a month. In Nigeria’s case, the N15, 000 monthly minimum wage is the equivalent of £31.50 a month and that means N500 a day, which goes as well for fathers who have families and children in school. So, it is so simple to understand the predicament of Nigerian families trapped within this bracket of pay. And it is easy to appreciate why the Nigeria Labour Congress, NLC, kept agitating for a rise in the minimum wage of their members.

One of the things a good government would do then is to establish two or three financial institutions that would operate a students’ loan programme as it is done in the UK so that Nigerian children who come from poor families are not handicapped in education or trapped in illiteracy because of their family poverty. Nigerian children who qualify would then get loans that would cover boarding, school fees and food for the students during their years in school. After their education and they get a job, they can then repay their loans gradually with the little interest on it so that others coming after them would also have the opportunity to go to school.

In the case of Nigeria, this will be difficult for two main reasons. The failure of the country to establish a national insurance policy is a deliberate plan by politicians to avoid proper census and proper accountability. It is said that there are some states, especially in the North, where even cattle and trees are counted as people during census and the politicians from these areas would fight back if there is an attempt by the office of the National Population Commission to get accurate census figures for the country.

But as everyone can now see, as our people say: the elephant has entered the hole of a cricket. Something more important than spurious financial allocations from Abuja has cropped up with time and development, throwing the challenge to northern Nigerian politicians to make a choice between the education of the children from their part of the country and the monetary allocation from Abuja that goes mostly into the pockets of the governors who are later prosecuted when they leave the Government House after their tenures.

There is no doubt that every Nigerian leader knows the importance and the value of educating Nigerian children. It should always be a priority. So, for a students’ loan policy to succeed, and for students to be able to pay back their loans when they start working after their education, a National Insurance policy has to be put in place, to start with. That is very important. The Internal Revenue Department, the police and most ministries at local, state and federal government levels should have comprehensive data on every single resident in all the villages, towns and cities in Nigeria installed in their systems.

The acquisition of a National Insurance Policy should be the first commitment of every resident. Without it, no one can function. Its advantages are enormous and they include: ensuring a smooth and rig-free election (by making it impossible for minors to vote); stamping out ghost workers and ghost pensioners and above all ensuring a census free country.

Politicians need not worry about this development because at the end of the day, we are addressing the problems faced by the Nigerian child, and a Nigerian child is a Nigerian child. What we are saying is that if the government insists on its inability to pay more than the N15,000 current minimum wage, it should institute other agencies that can alleviate the plight of the ordinary workers who cannot comfortably train their children in school with that kind of salary, knowing that every Nigerian child has the right to go to school. In such a way, government would be directly and indirectly tackling the issue of Nigerian families and the minimum wage.

The author has 214 publications published on Modern Ghana.

More Feature Article
Modern Ghana Links
Right not as a law but as human beings - Are lesbian, gay, bisexual, transgender, queer and intersex (LGBTQI) outcasts?
Of beggarly mentality and faux outrage
Don't sabotage me, oh ye sycophantic cowards
I Am Tuned Out of JB Danquah Murder Judicial Travesty
Encounter with a troop of monkeys predicts election 2020 Supreme Court verdict
Refriended in Defeat: Australia Strikes a Deal with Facebook
The Only Social Democratic Party in Ghana Is NPP
A quick note to Daryl Bosu - Who calls out community mining for what it actually is: legalised galamsay
A quick note to Father Joop Visser - Who speaks his mind and loves being straightforward
Quote Reports Dossiers
TOP STORIES

Come out and speak, your silence is worrying; treat LGBTI is...
25 minutes ago